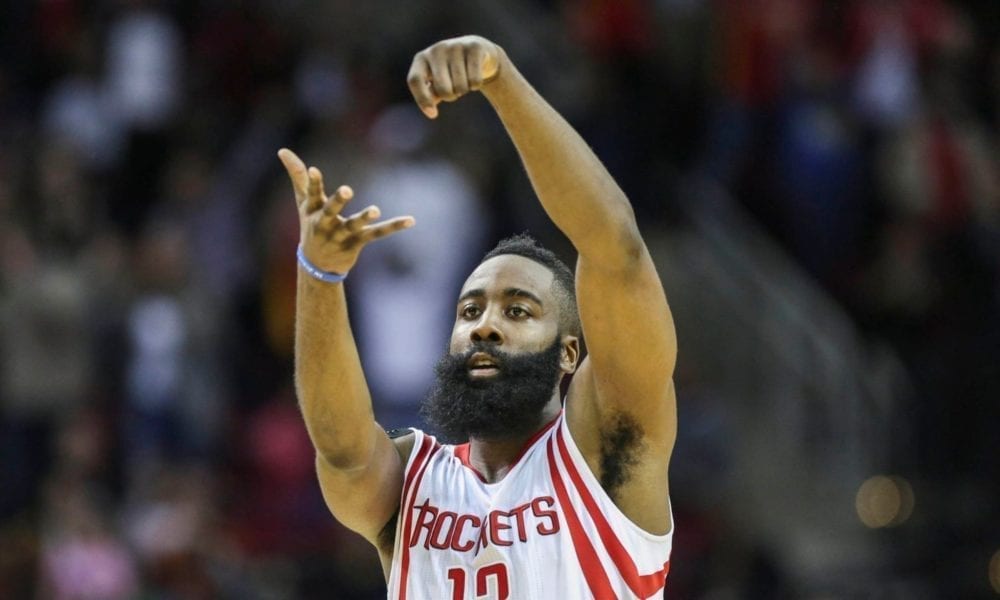 Afterwards D’Antoni was uncharacteristcially satisfied with his team’s output, “We manufacture threes and that’s good, regardless of who you’re playing against. Just to be able to get up 66 threes, at least we are playing the right way. It won’t always be that way, but we want to play a certain way and that’s what we’re going to do.”

As soon as Chris Paul got his hands on the box score he knew his coach would be happy.

“Coach probably real happy. That’s how we want to play every night. We’ll see if we can do that more often.”

What’s even more encouraging from the Rockets is they made better than 42% of those shots from deep, albeit against a much lesser opponent.

But there were a couple of NBA-caliber players on the other side of the floor, with Luis Scola putting up 18 points and 12 rebounds and Jimmer Fredette scoring a whopping 41 points.

Unfortunately for Fredette he shot poorly from the floor, going 16/40 and registering a plus/minus of -42.

As for Houston, James Harden led the way, hitting 9/14 from three on his way to 37 points and 9 assists.

The 66 3pt attempts would’ve set the NBA regular season record and it was more than four times the number Shanghai threw up (15).