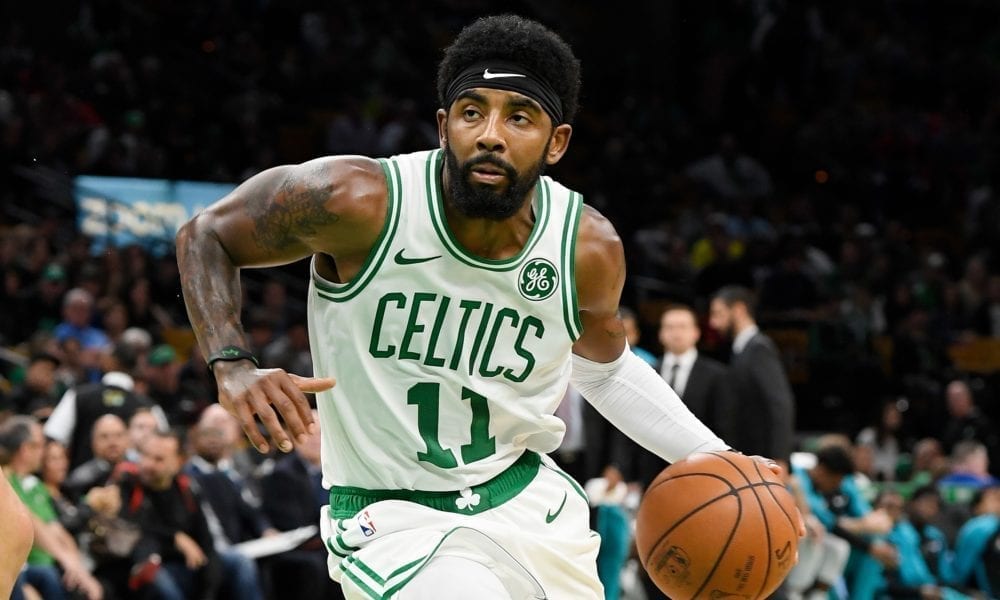 It’s been a big ‘ol Boston Celtics love-in this week.

It does seem a little convenient. Perhaps a coordinated public relations exercise to squash rumours of an escape to New York and to reassure fans and media that Kyrie Irving will be a Celtic for many years to come.

Speculation that he would leave at the end of the season was already creating an annoying distraction, much like what the Warriors will continue to go through with Kevin Durant.

Ainge is widely considered one of the shrewdest GMs in the league. He may well intend to sign Irving to the max deal next summer but he wants to keep as many options as open as possible.

“If you guys will have me, I plan on re-signing here.”

Those were Kyrie’s words at a fan night last week.

They were closely followed by Ainge, in an interview given to The Athletic. “He can be the best player in the world. He can add a lot of juice to your team and his teammates a lot of confidence.”

Interesting that used used the word ‘your’ and not ‘our’ team. Almost as though he was spruiking Irving’s value to other NBA teams.

The next part of what Ainge said requires even more scrutiny.

“It gives us more certainty going forward…I haven’t looked toward next season, but we have less contingencies now.”

You could argue none of those things are true. The only ‘certainty’ going forward is that the media is regurgitating precisely what Ainge is hoping they do. The idea that he hasn’t looked toward next season is just not plausible and, if anything, the Celtics have more contingencies right now. By controlling the narrative around Irving’s future they maximise their options.

But for the sake of this exercise let’s take Ainge at his word. What do the books look like if the Celtics have Kyrie back.

What does that mean for the payroll in Boston in the medium and longer term?

The 26 year old Irving is eligible to sign a five year deal from the Celtics this summer, worth around $188 million. The most another team could offer is four years and 139 million.

If that happens what will Boston’s roster look like for the following few seasons?

Let’s start with what we know.

Gordon Hayward has nearly $64 million in guaranteed money, through the 2020-21 season, although he has a player option in that final year.

After that it gets interesting.

Boston has a team option on Jaylen Brown for just six and a half million for the 2019-20 season but recent precedent suggests they will offer him a rookie extension this summer that could be five years and more than $160 million.

To put that in context, Devin Booker signed a rookie extension this past summer worth $158 million over five seasons.

But the equivalent raise for Brown wouldn’t start until the 2020-21 season so Boston’s books are still looking good this season and next.

Those books look even better when you consider Jayson Tatum is only entering his second year and won’t need to be paid an eight figure salary until 2021-22.

There is simply no better constructed roster in the NBA.

Even still, Ainge is going to be busy next summer. There will certainly be no shortage of ring chasers looking to put on the Green.

As Irving said, “What’s better than being in Boston?”