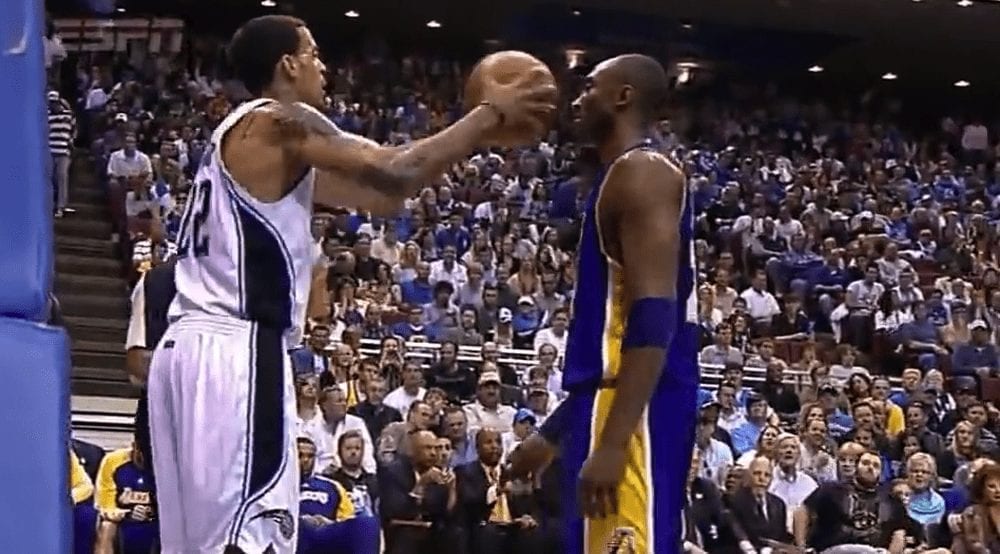 The hottest debate in the NBA right now somehow concerns something which happened almost a decade ago.

Did Matt Barnes actually pretend to throw the ball into Kobe Bryant’s face during that infamous 2010 moment in Orlando?

This wasn’t even up for debate until The Starters’ Trey Kerby unearthed footage of the incident which seemed to suggest the ball was was thrusted to the side of Kobe’s face, rather than in front of it.

He wasnt standing in front of him when he did it my whole life is a lie pic.twitter.com/8pGF2IRAjQ

And here’s the actual video of that, for anyone who somehow hasn’t seen it.

Maybe Kobe Bryant didn't flinch because he had no reason to: https://t.co/4MddNZyVLd pic.twitter.com/a5vaBMXf2K

But Barnes himself has since denied the swirling conspiracies.

“As far as I know that shit went in his face and he didn’t flinch,” Barnes told TMZ.

“I thought that was a dead story.”