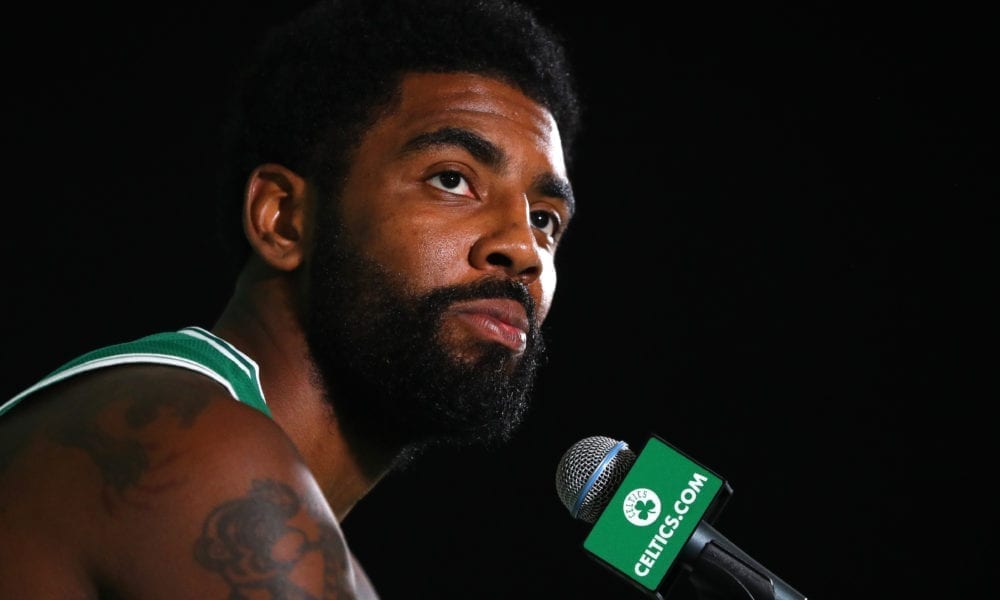 Despite the amusement his thoughts caused around the league last year, Irving has come to realise that such comments from influential figures aren’t doing the advancement of science any favours.

“I’m sorry,” Irving said at the Forbes Under 30 summit in Boston on Monday, per the AP.

“To all the science teachers, everybody coming up to me like, ‘You know I’ve got to reteach my whole curriculum?’

Irving added that some thoughts are best kept to “intimate conversations.”

The Kyrie-fuelled flat earth saga began in February 2017, when he wondered aloud whether the earth was flat on a podcast released shortly before All-Star Weekend in New Orleans.

This became the dominant theme underlining the ensuing All-Star media circus, with just about every household name around the league subsequently asked for their take.

Despite playing down his comments in the following weeks, Irving was up to his old tricks during an interview with the New York Times in June this year.

But the Celtics star said on Monday that he wanted to put the whole thing to bed.

“At the time, I was like huge into conspiracies,” Irving later added.

“And everybody’s been there.”