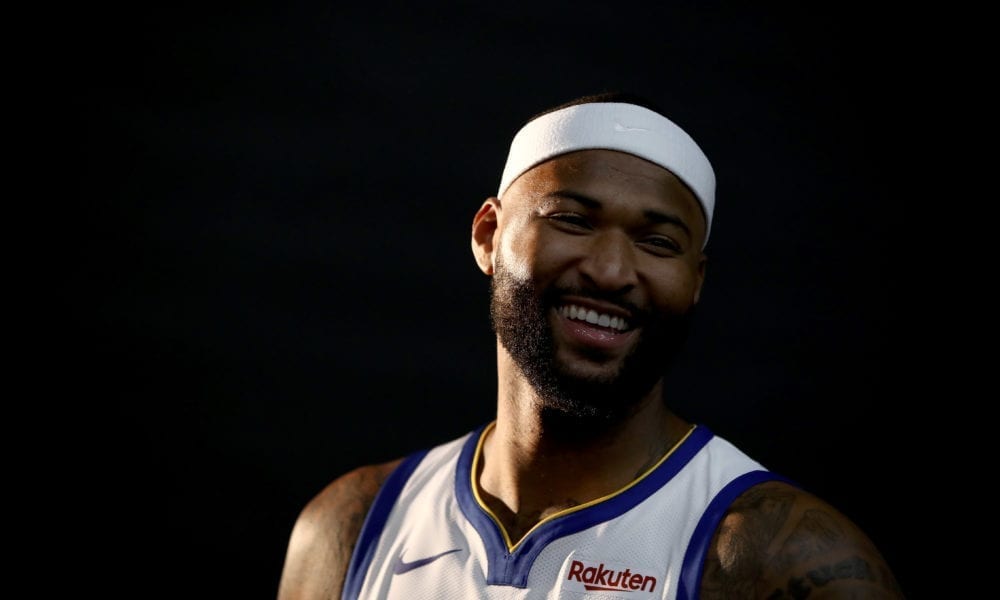 The one caveat that came with the Warriors signing DeMarcus Cousins was that he wasn’t expected to be available until well into the season.

But reports have since emerged from Oakland that the big man appears to be well ahead of schedule.

“We’re just taking it slowly, but I don’t think it’ll be too long before he’s taking part in practice,” head coach Steve Kerr told reporters at media day on Monday.

Pretty clear that DeMarcus Cousins is at a bit more advanced stage of his rehab than expected at start of training camp. Steve Kerr: "We're just taking it slowly, but I don't think it'll be too long before he's taking part in practice."

It follows Kerr claiming Cousins was “right on schedule” late last month, while declining to offer a timetable.

It’s only been nine months since Boogie suffered his Achilles tear, widely considered to be the most devastating in the sport.

But while Cousins appears to be doing better than expected, conventional wisdom suggests the Warriors will still be extra cautious with him.

After all, it’s not exactly like they’re short on talent.

And with the Warriors in no rush to get him back, the question won’t be when he comes back, but how well he plays upon returning.

Few players have ever been the same after suffering that kind of injury.