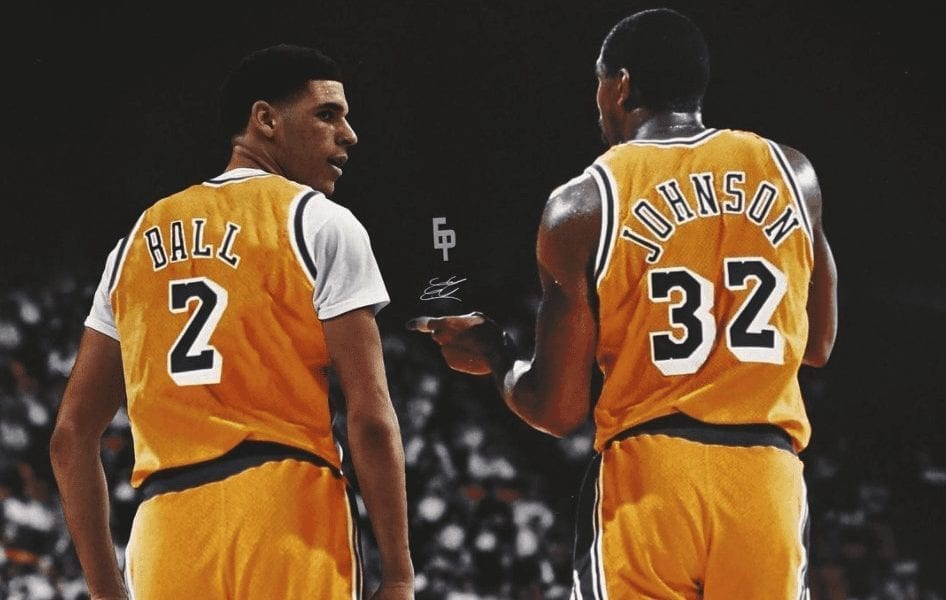 Lonzo Ball is primed for a breakout season after tweaking his shot and locking himself in the weight room and film room over the summer.

That’s according to Lakers legend and president of basketball operations Magic Johnson.

Ball, who is working his way back from arthroscopic knee surgery, showed a more centred shooting action in a recent video posted by the Lakers.

He still brings the ball over to the wrong side of his body, but it definitely looks better and Magic is thrilled with the results.

“And, man, it is beautiful,” Johnson said at a Lakers press conference on Thursday.

“We explained that this is going to be the most important offseason, and while he could be on the court, his shot looked great.

“He is going to be ready to have a breakout season and build on what he did last season, because it was only a couple of things he had to do better.

“That was driving to the basket, finish and get the midrange in terms of getting his shot where he is on balance.”

Johnson said it was Lonzo’s choice to tweak his shot and put extra effort into honing it over the offseason.

“I think he decided to do that on his own.”