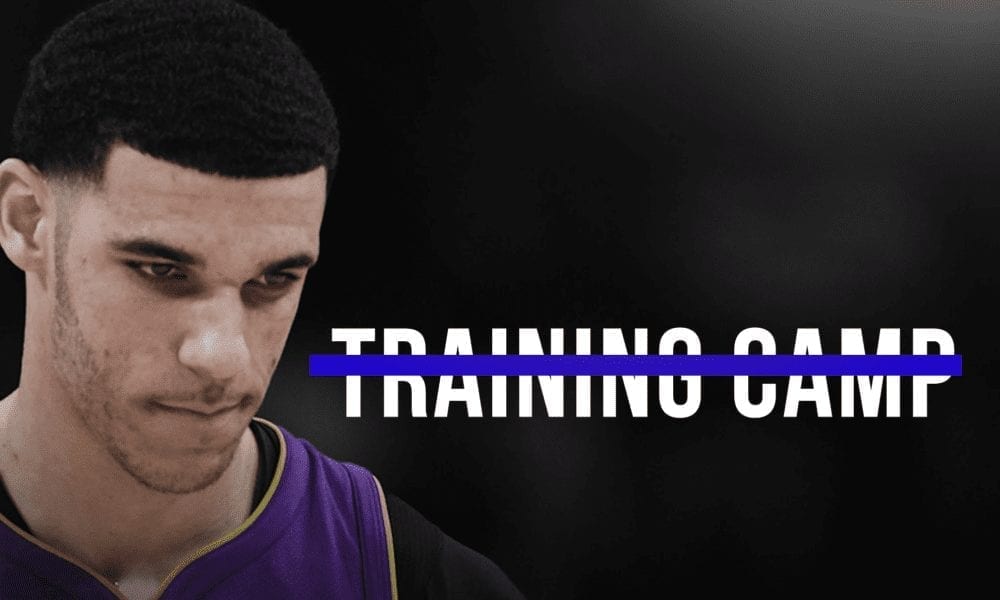 Lonzo Ball will start his preseason preparations behind the eight ball after being ruled out for the start of training camp on Tuesday.

Ball underwent arthroscopic surgery on his left knee in July to repair a torn meniscus in the hopes that he’d be ready for training camp.

But even the best laid plans can go awry, and the still recovering Ball will sit out 5-on-5 drills when camp begins next Tuesday, according to Spectrum SportsNet’s Mike Bresnahan.

Ball had the damaged part of his meniscus repaired instead of removed in order to return in six weeks instead of six months.

But we’re already at the seven-week mark, with the original timetable blowing out and the Lakers training staff remaining extremely cautious.

It comes after Lonzo sat out 30 games in his rookie season with persistent injuries, including 15 games missed due to a nagging knee ailment.

This summer the powers that be within the Lakers’ hierarchy were hoping Ball’s injuries were behind him, with surgery and a full offseason under his belt.

And while it’s only a minor set-back, it’s a frustrating one nonetheless.

The only person in Lakerland who might secretly welcome this news is Rajon Rondo.

This is, of course, a wild (and possibly unfair) piece of speculation.

But c’mon, you know he’s gunning for that starting spot.