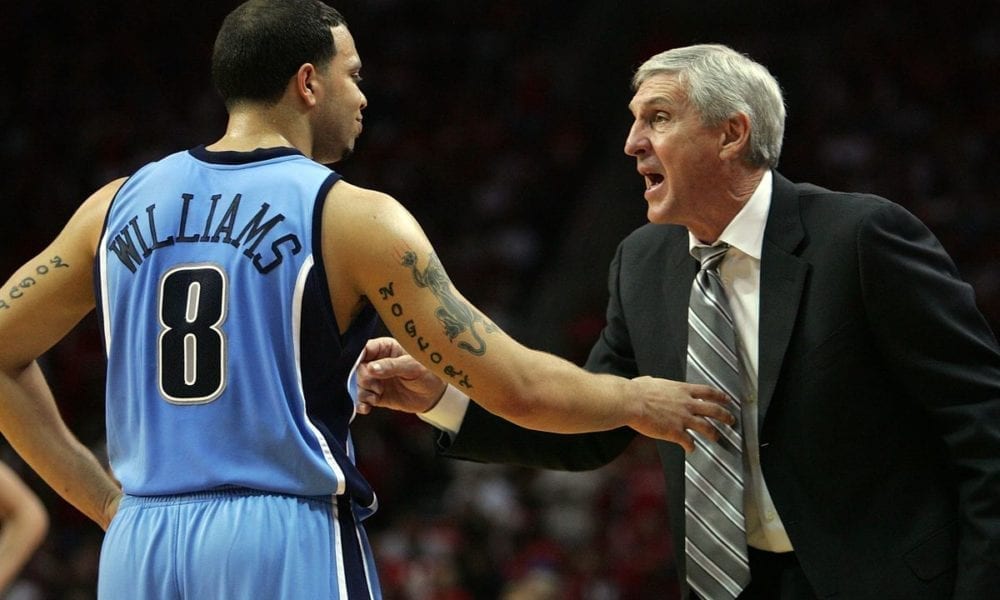 The complete breakdown of their player-coach relationship led to Sloan’s retirement after 23 years with the team, as well as Williams’ sudden trade to the Nets.

But the former star point guard has finally buried the hatchet with Sloan, meeting at his old coach’s home earlier this summer, as revealed by Jazz.com writer Aaron Falk on Tuesday.

The meeting was initiated by Williams, who said he regretted the way he treated the legendary Jazz coach.

“It’s something I’ve wanted to do for years,” Williams told Jazz.com. “Just kind of stubbornness and nerves and all that played a part in why I never reached out.”

But Williams didn’t win Sloan over right away.

By the end of the day, however, they were on the same page and at peace, putting to bed one of the most infamous feuds in the franchise’s history.

Williams and Sloan first reached full-blown beef status in February 2011, when D-Will began disobeying Sloan’s instructions by running a certain play on the opposite side of the floor.

That was the beginning of the end, as shouting matches ensued and things escalated from there.

But as always with longstanding disagreements, things only improved once one of the men involved swallowed their pride and said sorry.

Props to Williams for offering an apology, and props to Sloan for accepting it.