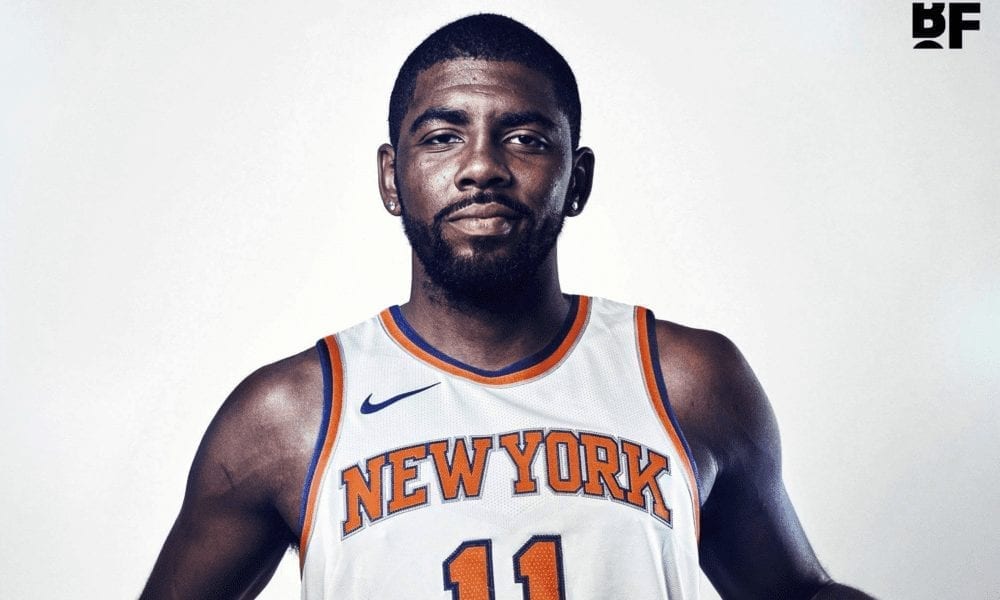 The Knicks heard the rumours of Kyrie Irving being interested in joining their squad, and they’re determined to capitalise.

That’s according to NBC Sports reporter and Celtics insider A. Sherrod Blakely, who appeared on the Bulls Talk podcast and said New York would be all in when it came to pursuing Irving next summer.

“I’ve spoken with people within [the Knicks] organization… They have made it absolutely crystal clear to me that—if they had their pick of guys that are going to be in the free-agent market [next] summer—Kyrie would be their first, second, third and fourth choice,” Blakely said.

Irving has a $21.3 million player option for 2019-20, but appears likely to test the free agency market and chase a monster deal.

It’s also widely believed that Irving likes to be the clear-cut star wherever he is – something that became a big problem in Cleveland – and he’s surrounded by a lot of talent in Boston.

Jayson Tatum is already coming for his number one spot on the Celtics, and there are plenty of other guys who will demand a lot of the ball in the meantime.

If the Knicks successfully add Irving to their young core of Kristaps Porzingis and Kevin Knox, there will suddenly be a fair bit of talent in New York too.

Especially if reports that Jimmy Butler is interested in teaming up with Irving materialise (in NYC).

This will be just one of many interesting storylines leading up to the bumper 2019 free agency class.