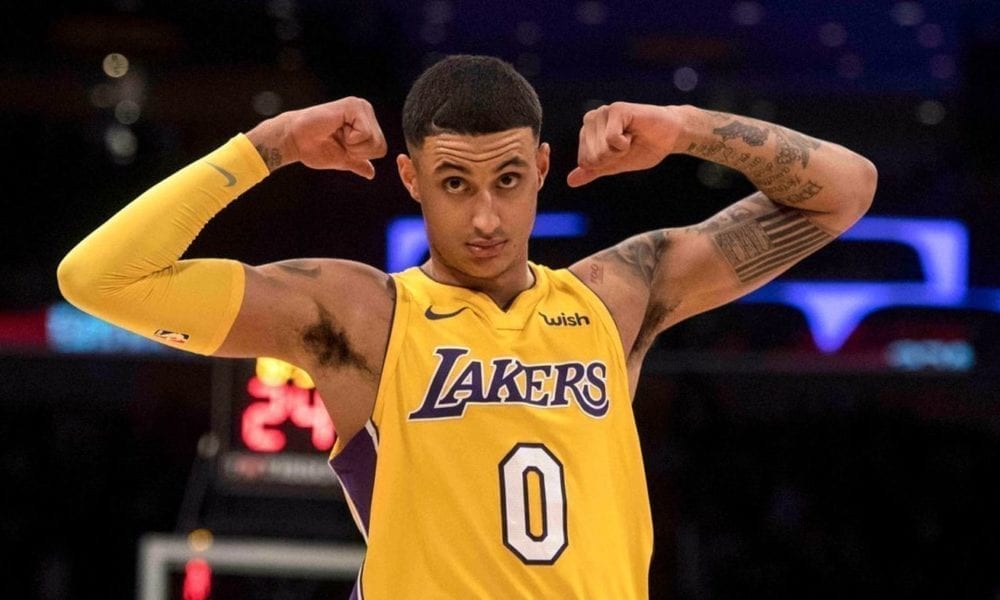 Kyle Kuzma was spectacular in his rookie season, averaging 16.1 points and 6.3 rebounds per game.

It was far beyond what anyone could’ve expected from the 27th pick.

Now the young Laker has his sights set on much loftier goals, and plans to once again blow everyone’s expectations out of the water by becoming a “Mount Rushmore player”.

Kuzma made the comments to NBA.com’s Mike Trudell when discussing treading the fine line between fitting into a team structure and finding your own groove.

“Of course, the goal should be the team, because if the team wins everyone wins and looks good,” Kuzma said.

“You can’t do that just by totally buying in; you have to buy in, but it’s just a grey area. You have to still do your thing. You can’t just stand in the corner.”

Kuz also opened up on the areas of his game that he’s been working on over the summer.

“We’ve worked on a lot of perimeter skills and playing at the three,” he said.

“Last year I played the three and the four, and I’ll probably play (both) this year, but just to develop my game as a perimeter guy.

“Reading passes. My handling. Just working out as a guard really helps your overall game.”

Players often make a significant jump between their rookie and sophomore seasons, which bodes extremely well for Kuzma and the Lakers.

This upcoming season should be spectacular for LA’s latest cult hero.

Related Article:  Kyle Kuzma Says 'A Lot Of People' Are Underestimating The Lakers
-->