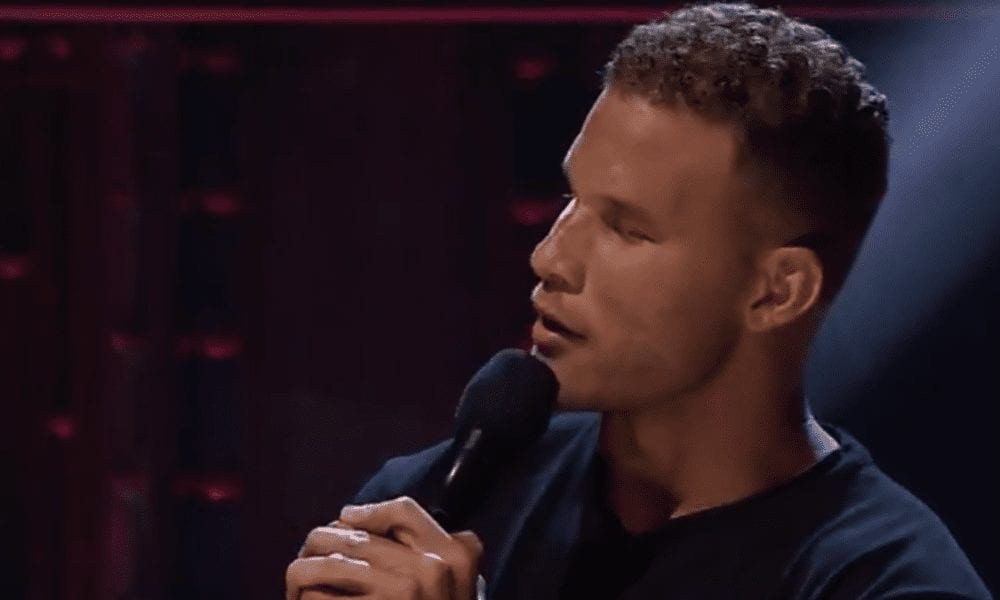 After signing a five-year, $171 million deal with the Clippers last summer, Blake Griffin was not expecting to get traded.

The Clippers held their free agent meeting with Griffin at Staples. They lowered the lights in the arena and raised his jersey to the rafters as a choir sang. The PA announcer said: "Tonight, we’re honoring a lifelong Clipper."

If there were any lingering hard feelings on Griffin’s part, it wouldn’t be hard to see why.

So when Griffin appeared on Jeff Ross’ Comedy Central roast battle show late last week, he decided to include the Clippers in his roasting material.

“You’re such a bald piece of shit. It honestly looks like we both got fucked over by the Clippers,” Griffin said.

Ross fired back with: “And, just like the Clippers, Kendall eventually traded you for another basketball player. The season hasn’t even started yet, and your ex is already leading you in rebounds.”

😂 “It honestly looks like we both got f**ked over by the Clippers.”

You can watch the roast in its entirety here.