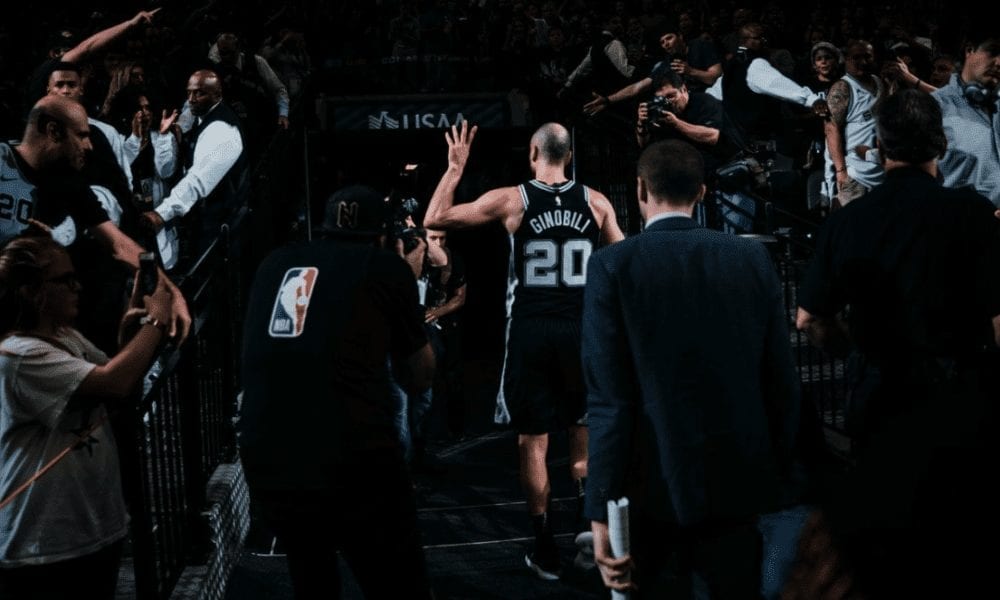 But that doesn’t make the harsh reality of losing one the game’s most unique stars any less saddening.

Today, with a wide range of feelings, I'm announcing my retirement from basketball. IMMENSE GRATITUDE to everyone (family, friends, teammates, coaches, staff, fans) involved in my life in the last 23 years. It's been a fabulous journey. Way beyond my wildest dreams. pic.twitter.com/3MLCUtmd6K

Here’s how players around the league reacted to the news.

@manuginobili Thank you for the unbelievable 16 years we shared on the court together! You are a true friend and I wish you all the best. #GraciasManu

@manuginobili Congratulations on one helluva career brother! It was a pleasure to match up against you over the years. Regular season, Finals, National Team, didn’t matter was always a treat! The game of basketball has you to thank for the most swag move in..

basketball right now which is the “Euro Step”!!!! God bless you, thanks for the playing the game the right way and for the competition!!! 🇦🇷 🙏🏾💯

.@manuginobili You are true champion my friend and one of the best I have ever matched up with. Enjoy life after the game hermano. You deserve that and more. pic.twitter.com/g5qtYlsNMA

Congrats on an amazing career @manuginobili. You embody how basketball is meant to be played. With Passion, joy, and obviously a Champion through and through. Inspiration many sir. pic.twitter.com/Z86WgYFVMk

I competed against you for 9 years. I sat through countless pregame meetings discussing how not to let you go to your left hand because when you do, you’re impossible to stop! Then, I became your teammate and got to witness first hand how you bring way more value to a team than pic.twitter.com/JJYbvXNToE

just scoring. You’re a ultimate competitor and a “team first” kind of guy. You lift the culture in an organization just by simply being around. You were even successful in getting me to participate in more team activities than I have in my entire career. It was an honor competing

against you, but even better competing with you on my side. Thanks Manu!

Thank you for being a fierce competitor on the court @manuginobili, impacted the game for generations to come! 🙏🏾 #Ginoooooooooobili

One of the best to ever do it. Thank you @manuginobili for pushing the game forward and for showing players all around the world what i true champion looks like. #HOF

Congrats on an amazing career @manuginobili! Won everything on every level! Unbelievable 🙌🏼🙌🏼 #legend

One of the reasons I wear number 20! Congrats @manuginobili on a great career! pic.twitter.com/rA2wewYbKV

Manuuuuuu! Noooooo! There has been no one like you, and there won’t be again. You have made us all proud. Enjoy your beautiful family and the next stage of your journey.

Hell of a career @manuginobili . One of the best to ever do it. Pick and roll genius. Euro-step king. Hated trying to force you right in the pnr knowing you would still snake back to the left hand. I’ve borrowed a lot of your moves and set-ups. The game will miss you !

What a player @manuginobili! A pleasure to compete against you and enjoy your greatness. Congrats!

The @NBA is going to miss you @manuginobili. Appreciate everything you did for the game of basketball! #Lefty #EuroStepKING #HallOfFame

The Euro Step Legend will be missed! Fair to say he changed the game in a unique way! Congrats on a beyond amazing career @manuginobili !!

It’s a real honor to have competed against you, @manuginobili ! The definition of a winner ! #GraciasManu pic.twitter.com/dkIlk0y13c

THANK YOU For Teaching Me What It’s Like To Be A Real PRO On And Off The Court @manuginobili The Game Will Miss You & Forever Remember You!! pic.twitter.com/ahWJxait4r