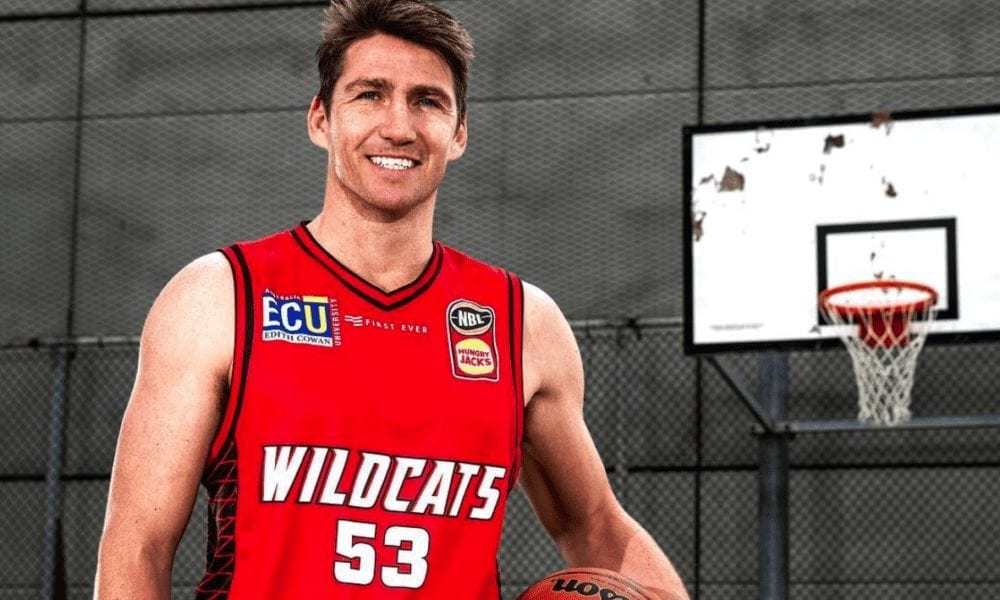 Damian Martin holds fond memories of rooming with Dante Exum during an Australian tour of Europe in 2015.

Exum was less than a month removed from his teenage years and Martin had made a conscious effort to take the youngster under his wing, the two of them bonding remarkably well despite the sizeable age gap.

Now with Martin’s Perth Wildcats scheduled to face Exum’s Utah Jazz in Salt Lake City on September 29, the hard-nosed veteran is hoping to teach his protégé one last lesson.

“I’d love nothing more than getting a steal off Dante,” Martin told Basketball Forever, flashing a smile featuring more teeth than a great white.

“I’ll just be reminding Dante about it years down the road, even when he’s going great guns in the NBA and I’m long retired.”

Martin added that fans could expect a heightened level of competitiveness between the Australians involved on the night.

“If I make any threes, if I get any steals, you better believe I’ll be pointing at Joe or Dante, even if they’ve got nothing to do with the play,” he said.

“There’s definitely going to be a bit of fun and a bit of banter out on the court, although that competitive nature will kick in pretty quickly.”

The ever-modest Perth captain loves to joke that he’ll get posterized shortly after touching down on American soil, but there’s little doubt he’ll excel when his Wildcats battle the Jazz on September 29, before playing the Nuggets on October 5.

Martin has won the NBL Best Defensive Player Award a record six times, while also showing he can mix it with the world’s best as a member of the Australian national team.

It’s that supreme level of defensive ability that has Martin confident he can shut down some of the NBA’s deadliest offensive weapons next month.

He's the only play in NBL history to take out the award SIX times. pic.twitter.com/0ka7QrrMWg

“I certainly can’t wait to be in a one-on-one position trying to pick up Donavan Mitchell full-court, and to see what a young pup can do against an old fella,” he said.

“It’ll be great to get out there and guard some of those guys, test myself against some of the best players in the world.

“You grow up wanting to play against the best, and these guys legitimately are that.”

Sobey played alongside the Jazz star at Summer League last year and was blown away by what he was already capable of.

“That was just before he really took off in the NBA,” Sobey said.

“It’ll be really good to go against him as well as those Australian guys, Joe and Dante.”

Stepping onto the NBA hardwood will continue a remarkable rise for Sobey, who was once a seldom-used development player with the Cairns Taipans.

A little more than three years later he’s one of the league’s best, having added an impressive offensive repertoire to go with his NBA-level athleticism.

“I think I can hang with those NBA guys, that’s just the mindset I have,” Sobey said.

“And this is a great opportunity to show that.”

Related Article:  What Kind Of Numbers Would Australia's NBA Players Put Up In The NBL?