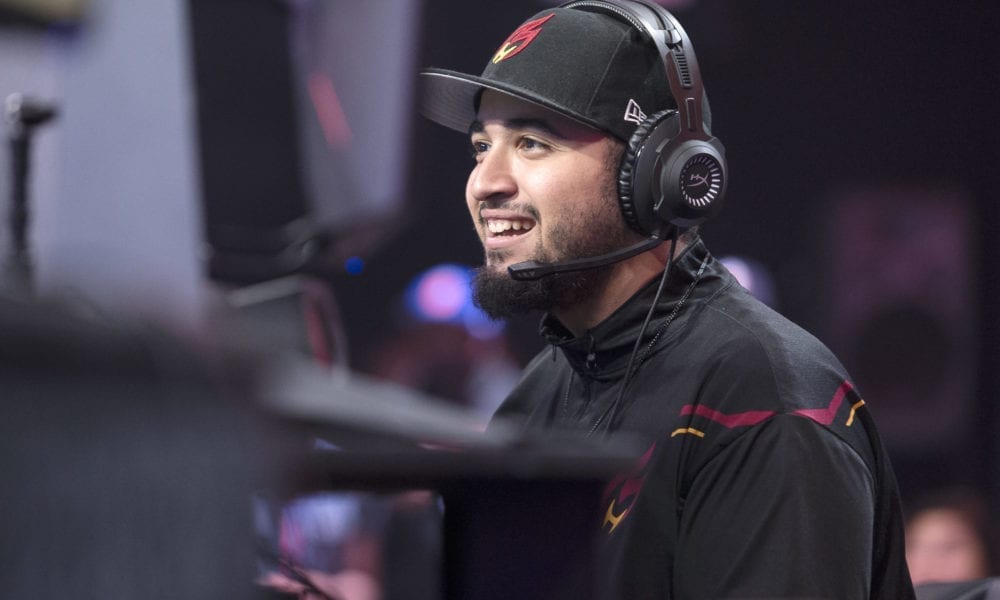 The first regular season in NBA 2K League history is officially in the books.

With only a few playoff spots solidified heading into the final weekend of regular season play, the table was set for an eventful ending.

From the first game on Thursday evening to the last game on Saturday night, almost every game on the schedule had some sort of impact on the playoffs.

But as the last game on Saturday wrapped up, only eight teams could advance.

Led by MVP finalist, Hotshot, Heat Check Gaming won their first of three matchups on Thursday to secure their spot in the playoffs. Even though they would go on to lose their next two games, Miami heads into the playoffs as a six seed facing Pistons GT in the first round.

The Wizards were in a similar boat heading into the weekend and their MVP finalist, BooPainter, didn’t disappoint. With the playoffs on the line and down at halftime, the Wizards came back to beat the Knicks by a score of 80-68. BooPainter finished with 46 points, 11 assists, and eight rebounds

The Wizards head into the playoffs as the seven seed facing off against 76ers GC.

Speaking of the Cavs, Hood and the crew had to beat the Magic in their last matchup to secure their spot in the playoffs. Behind 37 points from Hood, Cleveland pulled out the win and now goes head-to-head with the red hot Raptors Uprising team.

The Cavs, Raptors, Heat, and Wizards all took care of business over the last weekend to join the Blazers, 76ers, Pistons and Knicks in the playoffs starting Friday, August 17 on Twitch.

With the eight teams set, this means a couple of high profile draft picks and teams did not make the cut.

Mavs Gaming, with the number one overall pick in the draft in Dimez, found themselves on the outside looking in on Saturday as their horrific second half of the season finally did them in.

The second overall pick in the draft was oFab, the point guard for Celtics Crossover Gaming. Boston couldn’t get over the hump with Orlando on Saturday and was therefore eliminated from playoff contention.

Other high draft picks such as Compete and Mootyy found themselves finishing on two of the worst teams in the league record wise.

Word of advice for next year, having a top pick in the draft doesn’t guarantee you anything in the NBA 2K League.

Getting back to the playoffs, the bracket is now officially in stone. The four quarterfinal games will all take place on Friday, August 17 and will be single elimination.

The Blazers head into the tournament as the number one overall seed after winning 12 games in the regular season. Armed with the MVP and DPOY, Portland faces a Knicks Gaming team in the first round that punched their ticket in the playoffs by winning “The Ticket Tournament”.

If the Blazers get past the Knicks, they will then face either the red hot Raptors Uprising team or a Cavs team led by the leading scorer in the league in Hood. No matter their opponent, the Blazers have to be happy with how the seeding played out.

On the other side of the bracket we have a showdown of two MVP finalists up top in the Pistons vs. Heat game. Lets Get It Ramo has been the steady force behind a top four team in the league in Detroit.

Heat Check Gaming started the season off rough, but turned things around after the patch behind the MVP-like performance of Hotshot. This will be one of the better matchups to watch in the first round.

The last game of the first round is arguably the best of the four.

The second best team in the league, 76ers GC, draws a Wizards team that is led by an MVP finalist in BooPainter. This won’t be a typical first round opponent for Philadelphia, but if they could somehow limit BooPainter, then the game is theirs for the taking.

Unlike the left side of the bracket, every team on the right side has a case to be made as the best team and rightful spot in the finals.

Can MVP finalists like Hotshot or BooPainter lead their team to the finals? Or will the better overall teams like the Pistons or 76ers prove their seed right?