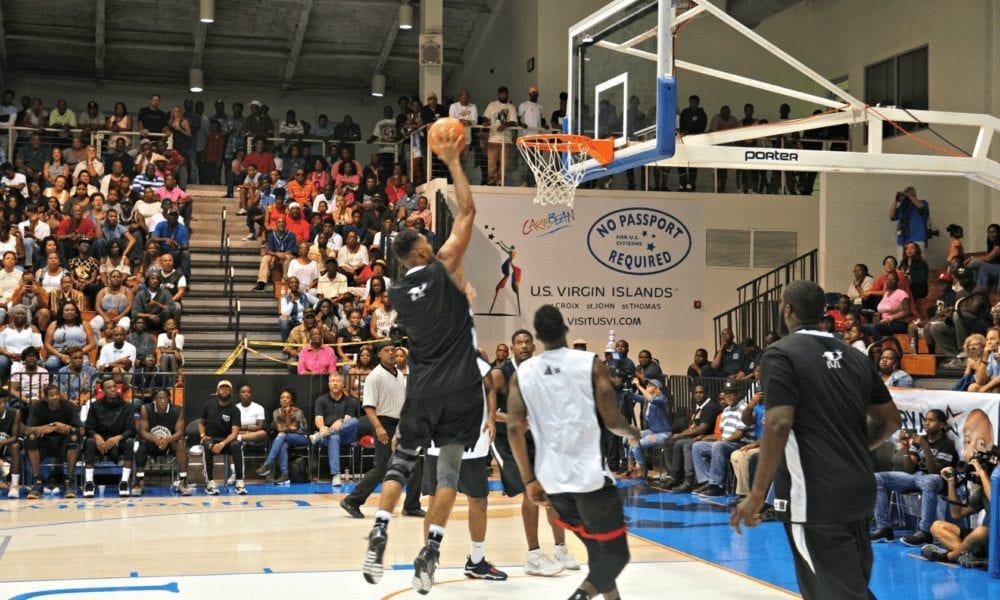 It’s been more than two years since Tim Duncan graced the NBA hardwood, but the legendary power forward found himself back on the court at the weekend.

Duncan’s return was something of a one night special, lacing them up at the All Virgin Island Hoop Classic in front of a packed arena which had largely turned up to see him and him alone.

Duncan honored by the VI Government at the 2018 All Virgin Island Hoop Classic: https://t.co/ipeBo9df07 pic.twitter.com/tVXWJKYreB

Duncan’s team ultimately went down 128-119, but he was still all smiles throughout the night.

The 42-year-old even managed to throw down a jam early in the contest and finished with 21 points and 15 rebounds.

It’s been over 2 years since we last saw this in the NBA.

The Spurs legend was also honoured by the Virgin Islands government after the game.

Duncan played his final NBA game on May 12, 2016, when the Spurs lost their Western Conference Semifinal series with the Thunder.

He has since channelled much of his time and energy into supporting his native Virgin Islands, most notably spearheading relief efforts following Hurricane Irma and Maria last year.