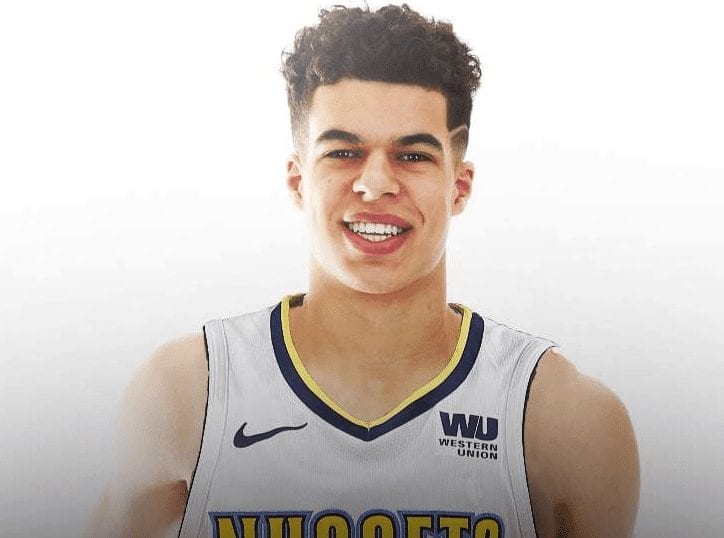 It’s been a long and basketball-less summer for us all and Nuggets rookie Michael Porter Jr is killing time by inviting fans to his house and proceeding to destroy them in NBA 2K.

It all started with a challenge, which Porter issued to the great unwashed via Twitter.

Who in Denver wanna play 2k for the 💰

Things did not go well for his first challenger, Porter Jr using the Wizards to beat his own Nuggets squad and won $200 from the random punter in the process.

And didn’t he just love every second of it.

The second game of this mid-summer 2K battle royale featured a different Nuggets fan putting his $800 UNC Jordan 1s on the line.

Porter only put up $100, locking in one of the most unfair bets in recent gambling history.

When MPJ won, he admitted he couldn’t even wear them due to recently signing a deal with Puma.

Victim #2 lol @RoyalBeatBoxer and look what I won… can’t wear em tho cuz I’m puma gang so I might do a give away 🤔 pic.twitter.com/VZ4VzKzbge

MPJ then claimed a third victim, beating him to another $100.

At least this one was slightly closer.

Victim 3 last one of the night. Moral of the story don’t play me in 2k. pic.twitter.com/Eh4tQHInPD

The fact Porter Jr is using his spare time to hustle fans for money is even more hilarious when you consider he’s projected to earn more than $2.6 million in his rookie season.

But you’ve gotta pass the time somehow, and might as well make some bank while you’re at it.