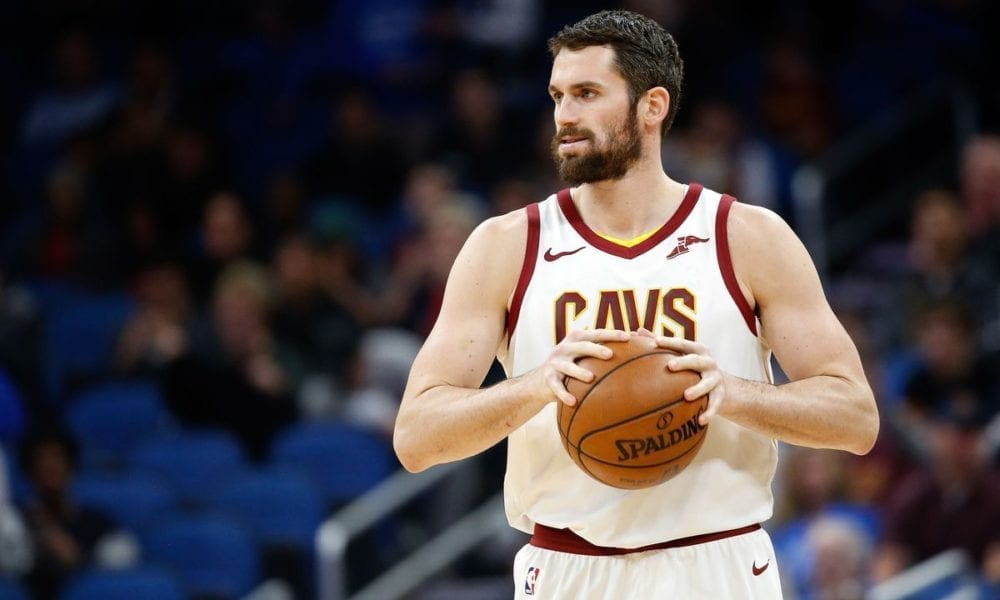 Much like Vin Diesel and Paul Walker at the end of Fast 7, Kevin Love and the Cavaliers are clearly heading in different directions.

Cleveland is entering a long and arduous rebuild and Love undoubtedly wants to play for a competitive team while he’s still got some juice in those legs.

That’s the word from Cleveland.com’s Terry Pluto, who quoted a “well-known NBA executive” with this to say:

“Unless they get blown away by an offer, I think they’ll open the season with Love”.

As much as Cleveland would like to swap Love for young pieces now and integrate them into their team sooner rather than later, there’s no rush here.

They know they’ll get more for him at the trade deadline when the best teams are ramping up for the playoffs.

Love is currently in the midst of a five-year, $110 million contract, which does not expire until 2020.