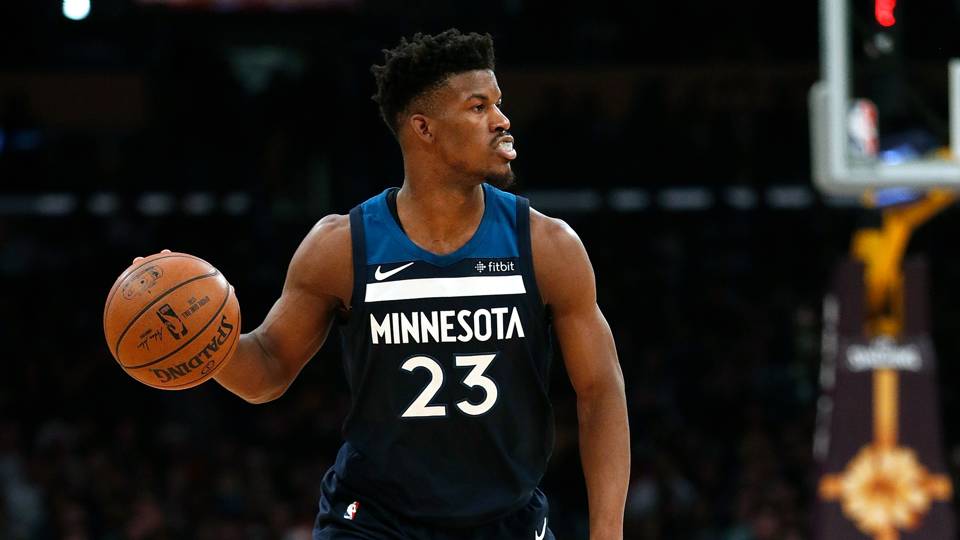 Reports have been swirling for over 24 hours that Jimmy Butler is unhappy with the Timberwolves, and Karl-Anthony Towns in particular.

Butler’s agent Bernie Lee has some thoughts on that, having stated that if his client had a problem with someone, he would tell them face-to-face as opposed to leaking to the press.

“The one thing I will say is, anyone who knows Jimmy, this is Mr. Taylor, Thibs, to every player he’s ever played with, they know one thing about Jimmy… he doesn’t do passive aggressive,” Lee told the Pioneer Press.

“If he has something to say to someone, he says it without hesitation and everyone involved knows this.

“So I say that to say, if he had an opinion to share about anyone or anything in particular they would know and they wouldn’t have to read about it.”

The original report which kicked off the chatter surrounding Butler’s supposed discontent also suggested that Butler and Kyrie Irving had mutual interest in teaming up.

However, T-Wolves coach Tom Thibodeau has stated his team is working “every day” to sign Butler to a long-term contract.

Minnesota can renegotiate Butler’s contract this offseason and sign him to a five-year deal worth approximately $177 million.