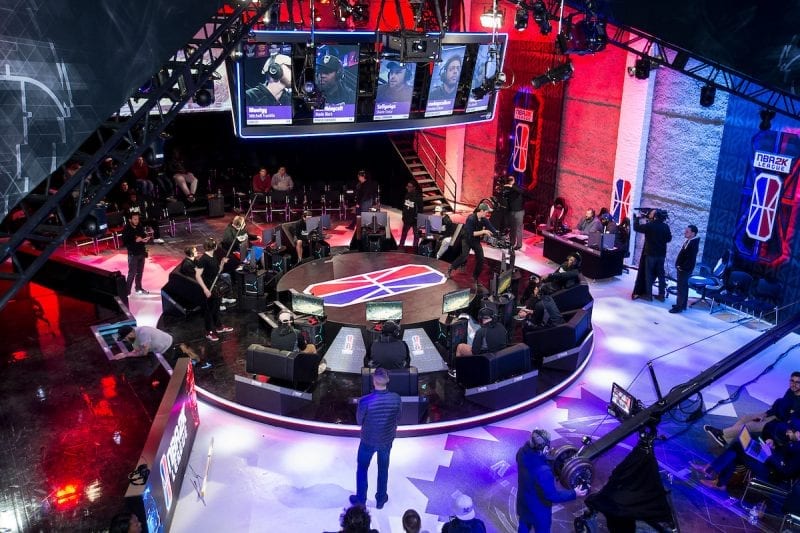 We’re already a month into the inaugural NBA 2K League season, the love child recently created by Take-Two Interactive and the NBA, but if you aren’t a born gamer you might still be wondering what the whole thing is all about.

Allow us to answer all your questions.

Who competes and what’s the pathway to the 2K pros?

For players to enter the draft, they had to qualify by winning 50 games in NBA 2K18’s Pro-Am mode, before submitting a formal application.

The 72,000 players who qualified then participated in a combine that ran from February 2 until February 21.

For any maths fans in the house, that means players had to be in the top 0.14 percent to make it through.

Now that is some cut-throat competition.

And that was before the actual season even began.

There was a draft? Was it like the NBA Draft?

In many ways, it was.

Like the NBA Draft, it took place in New York, was broadcast nationally (on NBA TV and Twitch) and Adam Silver was there to kick things off.

The draft followed a non-weighted lottery.

How do the actual games work?

For starters, each competitor controls just one player.

Every player within the game has pre-set skills designed to level the playing field, meaning you can’t just play with the Warriors and expect an easy ride (sorry, KD).

The league uses Pro-Am mode for all games.

The league consists of 17 teams, all of which are owned by various NBA teams.

Related Article:  What Does It Take To Become An NBA 2K Cover Athlete?

When did all this start and how long is the season?

The season tipped off on May 1 and runs for 17 weeks in total.

12 weeks are dedicated to regular season play, three for tournaments and two for the playoffs.

The playoffs begin on August 17, with the finals tipping off on August 25.

How do the playoffs work?

The top seven teams advance to the playoffs along with the winner of the third and final tournament.

If the tournament winner already has one of the eight best records, the top eight teams will make the playoffs.

The quarterfinals are knockout games, while the semi-finals and finals will be three-game series.

Do they broadcast the games?

How much do these dudes get paid?

Every player drafted into the league signs a 6-month contract which pays them between $32,000 and $35,000, depending on whether or not they were selected in the first round.

On top of that is the prize money that comes with winning the three mid-season tournaments, with the first paying the winning the team $100,000 and the final two offering $150,000.

Not bad if you ask me.