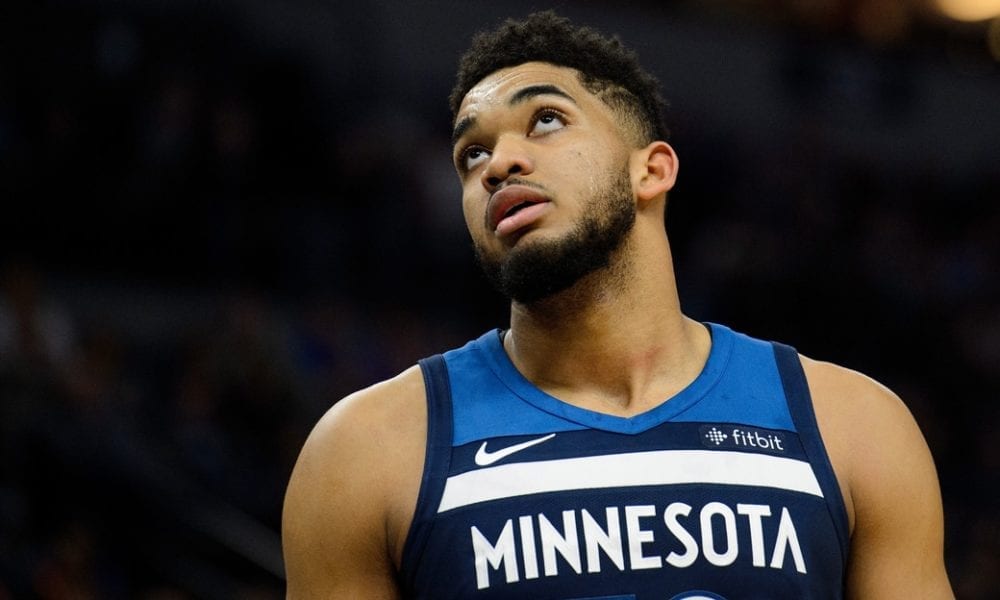 Timberwolves coach Tom Thibodeau has gained a reputation for wearing players down, both mentally and physically.

Just ask Luol Deng, or what’s left of him.

As a result it should come as no surprise that there are rumblings Thibs has begun to get on the nerves of his young star Karl-Anthony Towns.

On draft night Thibodeau was asked about the rumour – which went hand-in-hand with broader claims of dysfunction within the Timberwolves organisation – saying his relationship with Towns was perfectly healthy.

“He’s doing quite well,” Thibodeau said, per the Pioneer Press. “I love KAT. He’s had a terrific start to his career.”

The T-Wolves mastermind also explained why he hadn’t responded to the troubling speculation earlier.

“When you look around the league, there’s rumours everywhere, so you don’t want to respond to every rumour,” he said.

“…I think we all know from inside what actually is true and not true. So we’d be up here all day (addressing things).

“You have stuff that’s out there that couldn’t be further from the truth, and then you just feed into it by responding to it. So the important thing for us is to just stay on track, not get distracted.”

Thibs’ comments are unlikely to be overly reassuring for Minnesota fans, however.

The true barometer for the Towns-Thibodeau relationship with be KAT’s engagement level on the floor next season.