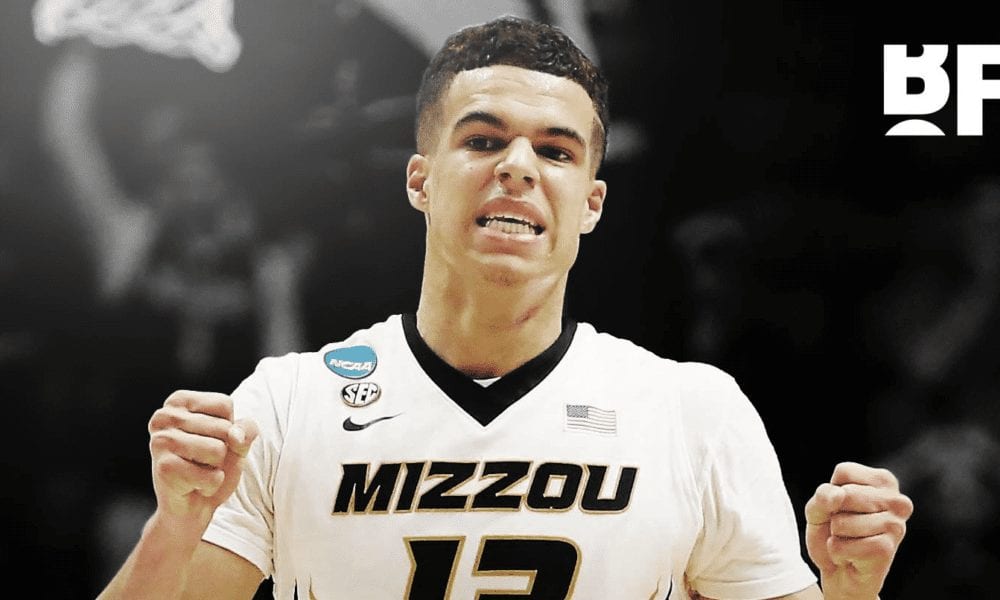 Michael Porter Jr fronted the press in the days before the draft and told reporters he didn’t think his previous hip and back problems would severely affect his draft stock.

The former Missouri star was forced to remain seated for what felt like an eternity on draft night, living out his worst nightmare on national television before Denver mercifully selected him with the 14th pick.

It was quite the fall from grace for Porter Jr, damn nearly missing out on becoming a lottery selection all together.

This is all just weeks (if not days) after it was widely reported he could be selected as high as number two.

But now he’ll be plying his trade in Denver instead of Sacramento, he’ll be paid $8.09 million over his first three seasons instead of $18.3 million, and it’s his mysterious medical records that most teams fear instead of his game.

Porter Jr was extremely selective in disclosing his medical records before the draft and (according to Woj) his agent Mark Bartelstein didn’t deliver “detailed” medical reports to prospective teams until the last minute.

It was that element of mystery which really brought Porter Jr undone.

Unless he was hiding something truly catastrophic, he would’ve done better to disclose his medical records from the beginning, because by withholding them, teams naturally suspected the worst anyway.

General managers around the league recognise that drafting someone with a worrying injury history without even seeing detailed medical records is a fireable offence. At least in the top 10.

It wasn’t until we got to the back end of the lottery that reward outweighed risk and the Nuggets took the plunge.

At some point, you just can’t refuse a 6’10 forward with point guard level ball skills, electrifying athleticism and three-point range.

If Porter Jr has been handling his rehab better than he handled his lead up to the draft, he could still reach the lofty heights many once predicted for him.