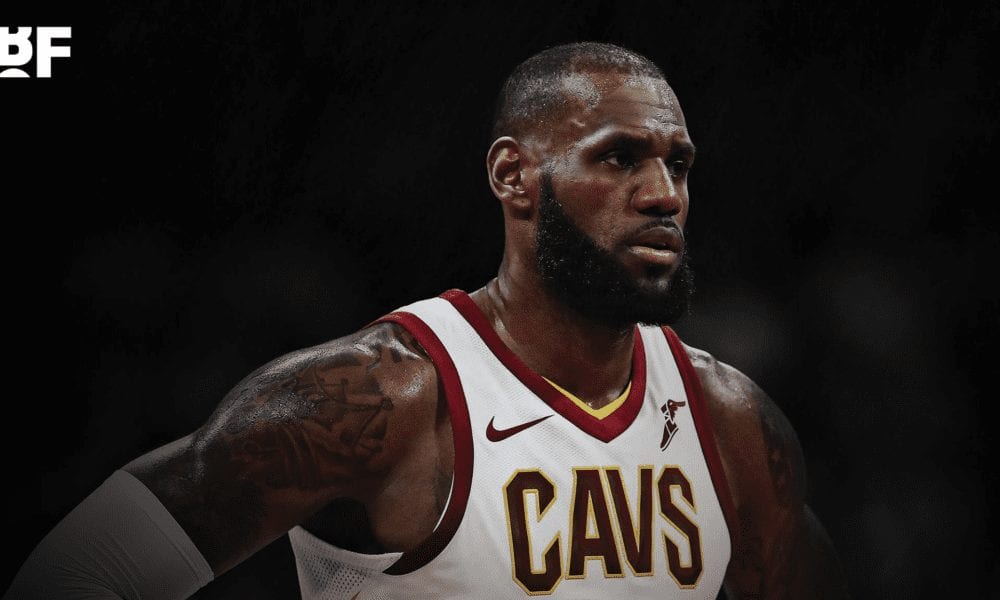 LeBron James is cerebral, he sees more than 14 million options before he makes a pass or a drive to the hoop. So why would he make a decision on next season before assessing his options after the draft? The NBA Draft is on June 21 and James has until June 29 to opt-in to his player option with the Cleveland. So you can stop your endless Twitter refreshing over the next couple of days, no news is breaking before the draft is done.

And so while you kindly accept my advice and relax for the time being, just know the Cavs will be doing the exact opposite. They’re running out of time to work the phones and try to build a new big three in Cleveland.

But would any of those additions really constitute a big three, the likes of which Cleveland had with Kyrie Irving?

What if I told you the Cavs could actually land Kawhi Leonard?

The Grizzlies are keen to move on from Chandler Parsons. He may seem like a great guy, but due to injuries he just hasn’t been able to contribute enough to justify his whopping contract. The Chandler Parson Project failed before it even passed the planing stage.

The Grizz are willing to package up the #4 pick to move on from The Chandler Parsons Contract. With Conley and Gasol, the Grizzlies are on more of a win-now timeline (or at least a ‘desperately-trying-to-stay-relevant timeline) – and a 19-20 year old rookie doesn’t do much to achieve that objective.

Now let’s throw the Phoenix Suns into the mix (nearly trade partners last off-season in the Kryie Irving sweepstakes), along with the Cavs and Grizzlies. The Suns are keen on a second top-10 pick, so it wouldn’t be hard to draw their attention to Cleveland’s number eight selection.

So what if the Suns walk away with veteran support in George Hill, big man prospect Ante Zizc and the number eight draft spot to select a point guard like Trae Young, all to pair with DeAndre Ayton and Devin Booker?

Memphis get pocket rocket Cedi Osman, Phoenix’s number 16 and 31 picks, as well as Josh Jackson/ Dragan Bender or Marquese Chriss (take your pick). Before you become enraged about how un-sexy Josh Jackson, Bender or Chriss are as trade prospects, keep in mind in terms of Kevin Pelton’s Draft Pick Value scale: the #8 pick is worth the #16 and #24 picks combined.

So as inconsistent as those three have been, could you really do better with the 24th pick? Oh and Tyson Chandler’s expiring contract will make the money balance. This is a heck of a haul in exchange for a top-four potential superstar who won’t reach their prime until Conley and Gasol were long gone. Not to mention saving the club tens of millions moving on from two-year long Chandler Parsons Contract farewell tour.

Now, back to Cleveland. The Cavs walk away with The Chandler Parsons Contract and the #4 pick, without having to give up starters Tristan Thompson, Kevin Love or JR Smith. Now if you can get through on call-waiting to the Spurs front office – amidst all the pu pu platter offers every other franchise is throwing at them – you should be able to jump right to the front of the line by offering the 4th pick, with Clarkson and Nance to make the money work. This would of course be in exchange for Kawhi Leonard. If Pop can pick up a sliding Doncic at number 4 (Manu 2.0 anyone?) he’d undoubtedly be all over the Slovenian like a bad rash.

This all leads back to the one question around which all this revolves: will this keep LeBron happy enough to stay?

So what more can Gilbert do to help James win? The man has already paid tens of millions in luxury tax and is set to pay an upcoming $150 million luxury tax bill. So how on earth, you might ask, could Gilbert be expected to do more? Well small decisions all along the way actually shaved the spending here and there, and that is not the unconditional spending Gilbert promised James.

How about not re-signing James’ statistically most effective teammate, Matthew Dellavedova, or not re-signing successful GM David Griffin, and lowballing other leading GM candidates like Chauncey Billups? How about leaving open roster spots throughout past seasons in order to save $20,000 each day? Even when trading for Kyle Korver the ensuing trade exception could have opened up a singular high priced exception to be parlayed into a valuable, contributing player. Instead this was split into two small exceptions over two years.

Dan Gilbert must be following the George Forman diet plan when it comes to spending – 50 hamburgers, several orders of French fries, four ice cream sundaes and a Diet Coke. Thank goodness for the calories saved on that Diet Coke.

Of course, no reasonable person can begrudge Dan Gilbert for trying to save a few dollars here and there after the Cavs recorded a $40million loss following a championship season. A reasonable person also could not begrudge Dan Gilbert looking to steer his ship away from the impending $150 million luxury tax bill, away from that “LePort”. But then again, Dan Gilbert doesn’t have reasonable finances upon which people can begrudge. A wildly successful businessman, Gilbert’s Quicken Loans this year became America’s largest Mortgage lender. Gilbert’s net worth would proportionately equate a $150 million luxury tax bill to about $1,600 to the average American’s net worth. $1,600 mind you would be less than each fan is required to invest into the Cavaliers for season tickets.

Outside of Quicken Loans, Gilbert is building four major projects in downtown Detroit, where he was just granted $618 in tax incentives. This is the point where you can throw ‘reasonable’ out the window and begrudge Gilbert the same way James is likely to begrudge him if he doesn’t double down right now and spend every penny in sight to improve the Cavs’ roster.

Depicted above, you’ll notice Kyle Korver before he teamed up with LeBron…running away from the impending poster dunk, otherwise known as “making a business decision”. It is a great euphemism that describes choosing the lesser of two evils when a negative outcome is certain.

Right now, LeBron is driving the lane and Dan Gilbert needs to make a business decision.

Going all in on the Kawhi plan would rack up a total salary and luxury tax bill approaching $370 million combined. But if LeBron walks for nothing (with no sign-and-trade) then that budget line can shrink down to just over $150 million. Saving $220 million sounds great, until you consider the last time LeBron left Cleveland the franchise’s value dropped 30 percent over two years.

At today’s estimated franchise value, that same 30 percent drop this time around would cost Dan Gilbert nearly $400 million in franchise equity. The options here are lose $400 million in equity, or spend an extra $220 million this season building a championship contender. Time to make a business decision, Mr Gilbert.