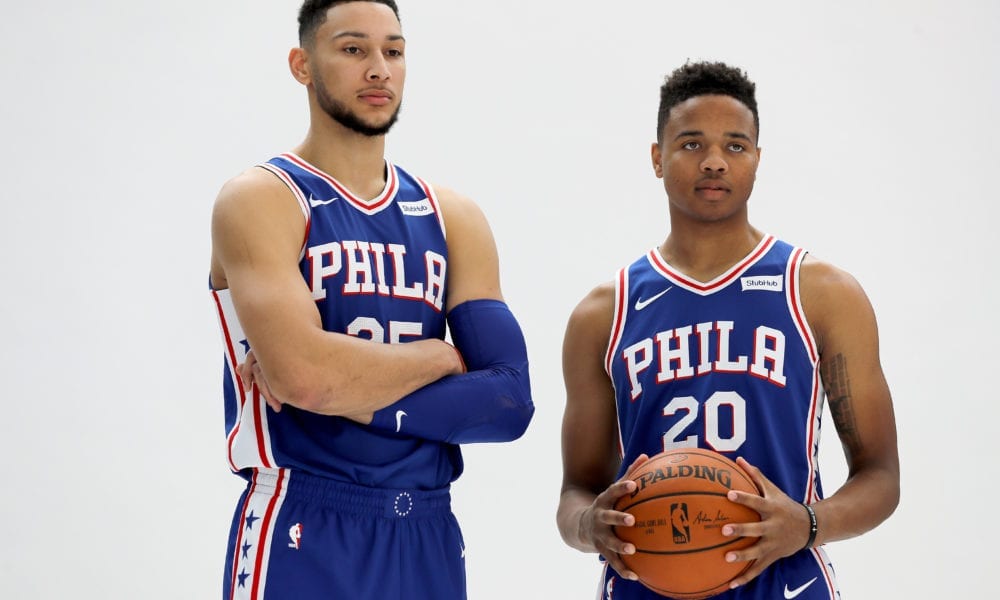 The Philadelphia 76ers have bulk draft picks once again this year and the team is pushing to package them in exchange for yet another top-5 selection, according to Sports Illustrated’s Jake Fischer.

“The Sixers are indeed continuing calls about moving into the Top 5,” Fischer tweeted on Tuesday.

“They have offered packages of picks, but have thus far rebuked including oft-mentioned Robert Covington and Dario Saric.”

As Jeremy alludes to, the Sixers are indeed continuing calls about moving into the Top 5. They have offered packages of picks, but have thus far rebuked including oft-mentioned Robert Covington and Dario Saric, per sources. https://t.co/o2KkUNLhZg

But it’s no secret that most of those picks are simply there to grease the wheels when it comes to potential trades.

The real question will be whether something comes along which intrigues them enough to give up Covington or Saric.

It will also be very interesting to see how well Philly’s front office can operate after former general manager Brian Colangelo was fired and head coach Brett Brown temporarily took his place.

If Philly somehow manage to snare the pick they desire, it would mark the fifth straight year they selected in the top-five.

Their selections over the past four years have been headlined by Ben Simmons, Joel Embiid, Markelle Fultz and Jahlil Okafor.