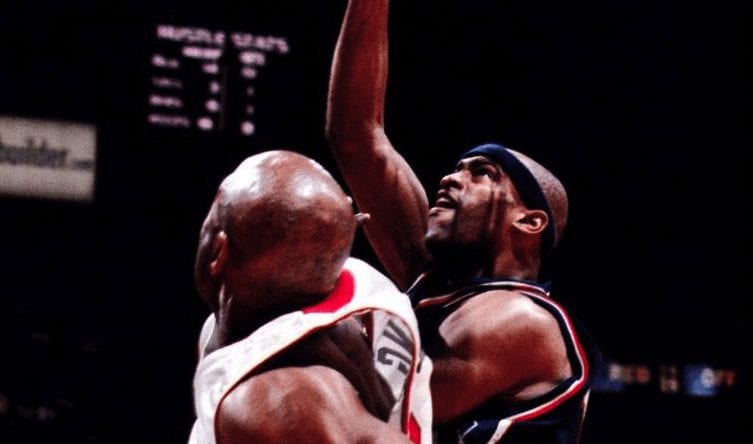 Vince Carter has laid waste to countless adversaries over his rim-rocking career.

One man he slayed with particularly ferocity was Alonzo Mourning, putting him on one hell of a poster back in 2005 when posters were still a thing.

And on Wednesday’s episode of The Jump, Carter revealed Mourning didn’t talk to him for “six or seven years” after that.

Here’s how Vince broke it down:

“Prior to this in the first quarter, I dunk on him, just an easy dunk or whatever. Next, RJ (Richard Jefferson), two plays later dunks on him. At half-time we’re sitting there and I said, ‘Man we’re never going to be able to dunk Alonzo again,’ because knowing him, he’s going to jump at us and try to put us on the ground.

“I said so the only way you’d be able to pull that off is if you take them bump…and, you now, dunk it. And low and behold, it happened. So I took the dribble and I’m looking up and I’m like, wait a minute he’s standing there he’s not step forward, he’s not step forward. And all of a sudden he steps forward, but its already too late.”

The revelation came during the show’s ‘What were you thinking?’ segment.

As bad as it was, Zo can at least be thankful he wasn’t given the Frederic Weis treatment.

But it’s safe to say the dunk still well and truly dented the ego of the Miami monstrosity.

Related Article:  Can Boston Break a Finals Curse That Started in 2018?
-->