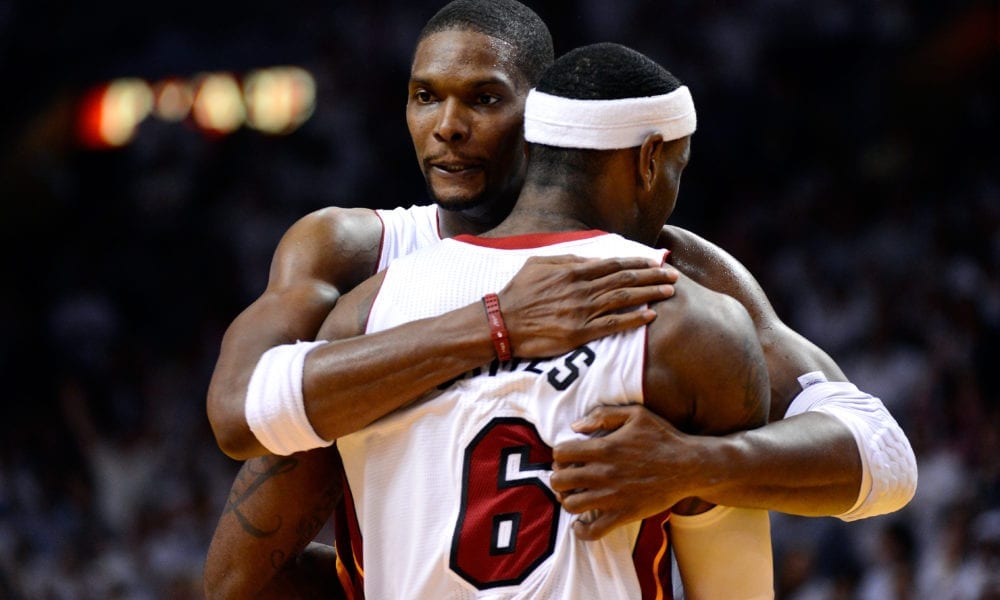 When Chris Bosh appeared on FS1 show and noted hot take factory The Herd on Thursday, he had some thoughts on LeBron’s next destination.

“I would guess that he goes to Houston” Bosh said.

Bosh would know a thing or two about Houston’s appeal, having almost signed there in 2014, the same year LeBron left Miami for Cleveland.

The main argument against the Rockets being LeBron’s most likely destination comes down to geography.

Continuing his Finals streak – which currently stands at eight – would only boost his legacy, at least among those with enough sense to credit him with Finals appearances rather than holding Finals losses against him.

But those appearances in the big dance wouldn’t happen like clockwork with the Warriors waiting for him in the Western Conference Finals.

Meanwhile, Bosh also appeared on Undisputed with Skip Bayless and Shannon Sharp to discuss the impossible situation LeBron currently finds himself in.

"LeBron's shouldering a lot, probably more than anybody else has had to shoulder in the history of the game." — @chrisbosh pic.twitter.com/xNZAznffFK

“He also didn’t have to play 46 and a half minutes [In Miami].,” Bosh said. “Now that’s no excuse. I’m not saying he cannot do better defensively.

“You can always do better, but the tremendous workload man, that fact we think its normal for a guy to average 46 minutes a game throughout the playoffs. I mean I was watching the game last night and he couldn’t come out. He comes out and they put him back in.”