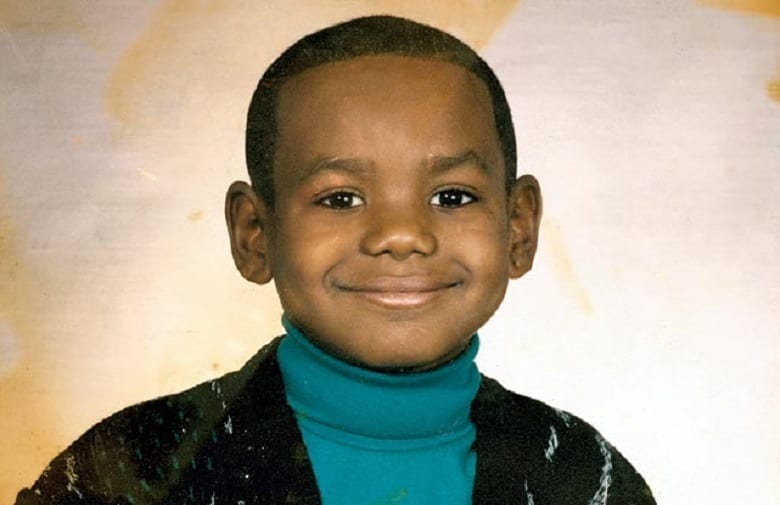 Death, taxes, and Cleveland losing to Golden State in the NBA Finals.

The world is full of crushing inevitability and the Finals is just our latest reminder.

Much of this series’ lopsidedness comes down to LeBron’s objectively shitty supporting cast.

It’s a flashback to his first stint in Cleveland.

Before leaving for Miami in 2010, the best two players alongside LeBron were Mo Williams and Antawn Jamison.

Next on list was Anderson Varejao, Delonte West and a 37-year-old Shaquille O’Neal.

Well it turns out, LeBron has even more experience playing with underwhelming teammates than most of us ever realised.

In a fascinating piece for the Wall Street Journal this week, reporter Ben Cohen traced LeBron’s selflessness all the way back to his first ever team in 1993, when the King was a mere nine-year-old prince.

Even then he knew that with inferior teammates, being unselfish was the best way to get by.

Check out this passage:

“At 9 years old,” Reed said, “he knew how to pass to 7-year-olds without knocking them down.”

One of those boys, Sonny Spoon, was too young for the league and sat on the Hornets’ bench only because his dad was a team manager. He was such a pipsqueak that it was actually a problem for his teammates.

“Nobody could pass him the ball without him falling over,” McGee said.

LeBron James could. In one of the last games of his first season, James took it upon himself to make sure the smallest guy on the team scored. The only way to get his teammate a bucket was to get creative. “He rolled him the ball on the ground,” McGee said. Sonny Spoon picked up the pass from LeBron James and took a shot with all his might. When the ball went in, James got the assist.

Who would’ve thought LeBron would still have to adopt similar tactics in the pros?