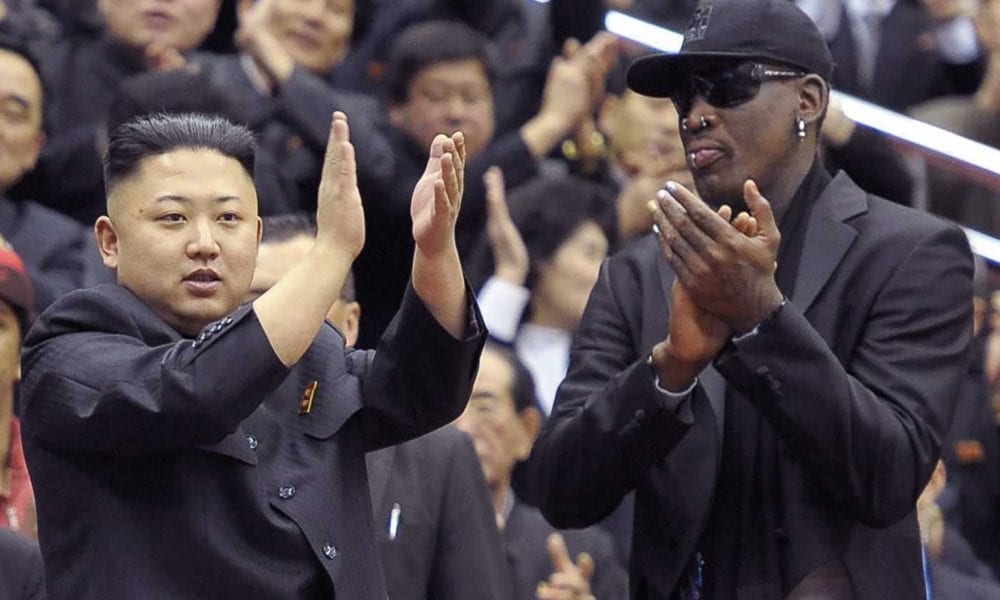 Once again the unenviable task of avoiding nuclear Armageddon has fallen on Dennis Rodman’s shoulders.

Rodman will reportedly travel to Singapore for the June 12 summit between Donald Trump and Kim Jong-un.

It might sound like a ‘three men walk into a bar’ joke, but it’s real according to the New York Post, which claims Rodman “could even play some sort of role in the negotiations”.

“No matter what you might think about his presence, one thing’s for sure, the ratings will be huge,” one source told the paper.

“A lot of times in situations that involve complex diplomacy countries like to identify ambassadors of goodwill and whether you agree with it or not, Dennis Rodman fits the bill.”

While the Post is reporting Rodman’s trip is a done deal, The Washington Post and CNN are claiming the former Bull hopes to attend but is still working out the logistics.

Rodman, who is one of just two people to have met both Trump and Kim, has forged an unlikely friendship with the North Korean leader over the years.

The two first came face-to-face when Rodman visited North Korea with members of the Harlem Globetrotters in 2013.

He then made two more trips later that same year.

In 2017 he gifted Kim Jong-un a copy of Trump’s book The Art Of The Deal and later claimed it led to the notorious leader understanding Trump’s thinking for the first time.

Only time will tell whether that understanding will extend to the June 12 summit, and what role Rodman will play in it.