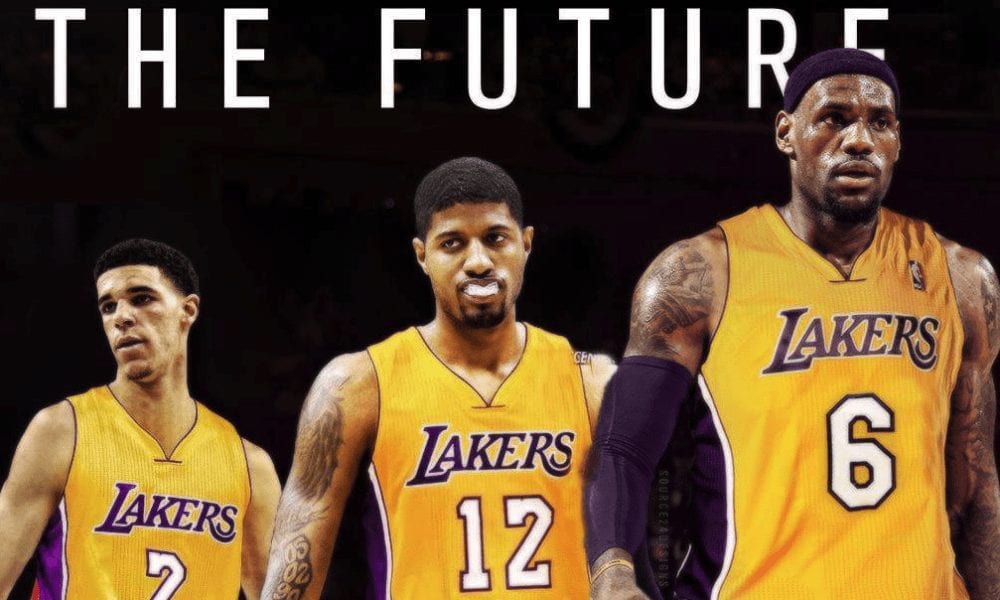 It’s common knowledge that Paul George is interested in returning home to join the Lakers, but he might not be heading there alone.

George will at the very least have a discussion with LeBron James about joining forces in LA, according to ESPN’s Adrian Wojnarowski.

“The most intriguing scenario remains him partnering with LeBron James in Los Angeles because Paul George alone doesn’t make them a championship contender,” Woj said Tuesday night during an NBA Draft special.

“But partnering with LeBron … there’s a fairly easy pathway for the Lakers to get that salary cap space. That’s going to be a conversation or conversations those guys are going to have once we get toward July.”

That sound you hear is Lakers fans worldwide falling off their chairs simultaneously, before hyperventilating into brown paper bags.

If we’re being real about this, James and George have probably had initial conversations already.

Only the most naive fans would believe free agents wait until after the season to discuss these things.

The Lakers had fallen out of the LeBron free agency news cycle in recent times, as the public discussion revolved around Houston and Philadelphia, the two teams widely perceived to give LeBron the best shot at continued success.

But the pull of LA is always strong.

LeBron already has two houses there, and there’s always Hollywood and his business interests.

Don’t rule out the Lakers just yet.