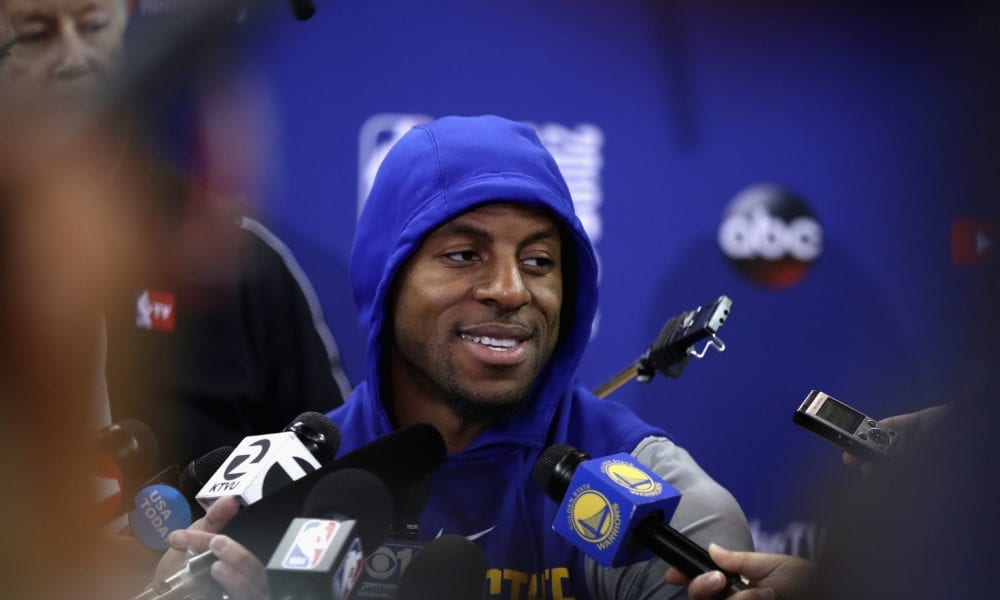 Cleveland is in deep shit.

And they’ll be up to their armpits in it if Andre Iguodala returns for Game 3.

Iggy has been upgraded to ‘questionable’ ahead of Wednesday’s matchup, meaning that unlike earlier in this series, he is at least a chance to play.

That’s not good at all for the Cavs, who have become accustomed to bad news in recent times (with more on the way).

Just a few days ago it looked as though the Warriors could be without both Iguodala and Klay Thompson, after JR Smith almost ended Thompson’s hopes and dreams (before ultimately ending his own).

But Cleveland couldn’t take advantage and that window has since slammed shut, with Iggy a chance to make their lives even more hellacious.

If Iggy’s back in business, so is the best five-man combination in basketball:

That group – which consists of Curry, Thompson, Iguodala, Durant and Green – was unsurprisingly Golden State’s best offensive lineup all season.

Their 124.7 points per 100 possessions was matched only by Houston’s lineup of Chris Paul, James Harden, PJ Tucker, Luc Mbah a Moute and Clint Capela (124.8) during the regular season.

But we all know which lineup has the higher ceiling.

The Cavs shot at 44 percent and 41 percent respectively over the first two Finals games, but traditionally shoot better at home from beyond the arc (37 percent as opposed to 31 percent this postseason).

But with Iggy’s long limbs flying around the perimeter, those numbers may get worse instead of better, which would be crippling for Cleveland.

Another Iguodala-related perk is that he will save Durant from having to defend LeBron, meaning KD can focus his energy on wreaking havoc offensively.

The Cavs are clearly up against it regardless of what happens with Iguodala.

But his presence would make their Finals existence just that much more miserable.