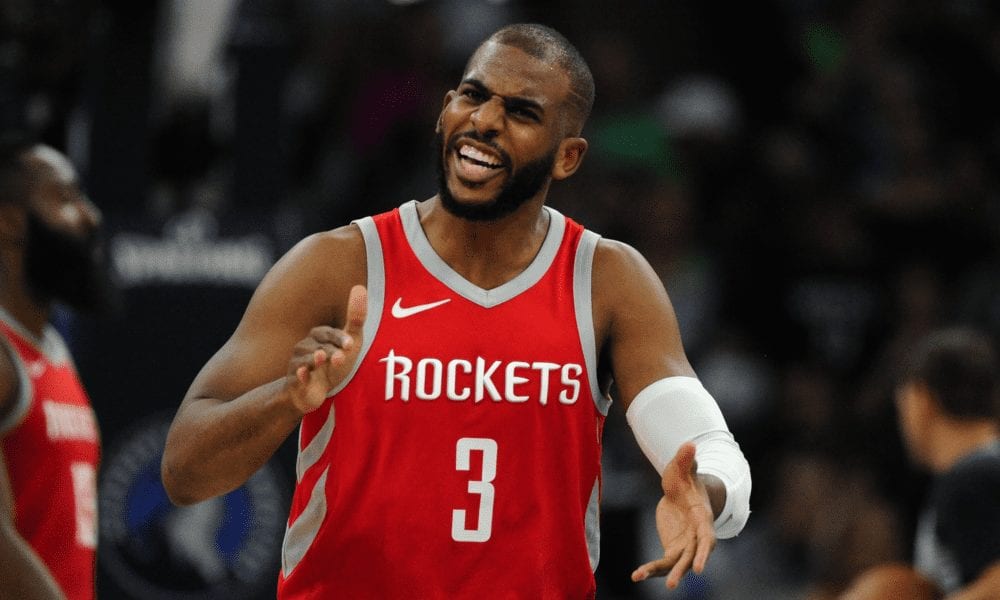 The Rockets will have to pay through the nose to keep Chris Paul this summer with Paul set to demand a max contract, according to ESPN’s Adrian Wojnarowski.

This could come as a surprise to some due to Paul’s strong desire to remain with the Rockets.

At 33-years-old, he is also arguably passed ‘max contract age’.

But it makes sense that CP3 wants to take advantage of the favourable collective bargaining agreement he helped engineer as the president of the Players Association in 2016.

And that’s bad new for Houston.

Worse still, Paul would earn a whopping $200 million across a five-year max deal, and he’ll be 37-years-old towards the end of it.

Here's what a full max contract for Chris Paul would look like:

But according to Woj, the Rockets are actually comfortable with the future consequences down the road because it gives them the ability to compete for titles now.

“When the Rockets made that deal for Chris Paul, knowing they would re-sign him [once he hit free agency], they made a conscious decision that they were gonna have to live with [paying him] $46, $47 million-a-year salary when he’s not nearly the player anymore in his late 30s,” he said on the Woj Pod late last week.

“But (referring to the Rockets) ‘We’re gonna make a run at it now; we wanna win a championship now. We’ll deal with it [Paul’s contract] later.'”

This is just the latest sign that Houston really is obsessed with beating Golden State, and will do whatever it takes to make that dream a reality.