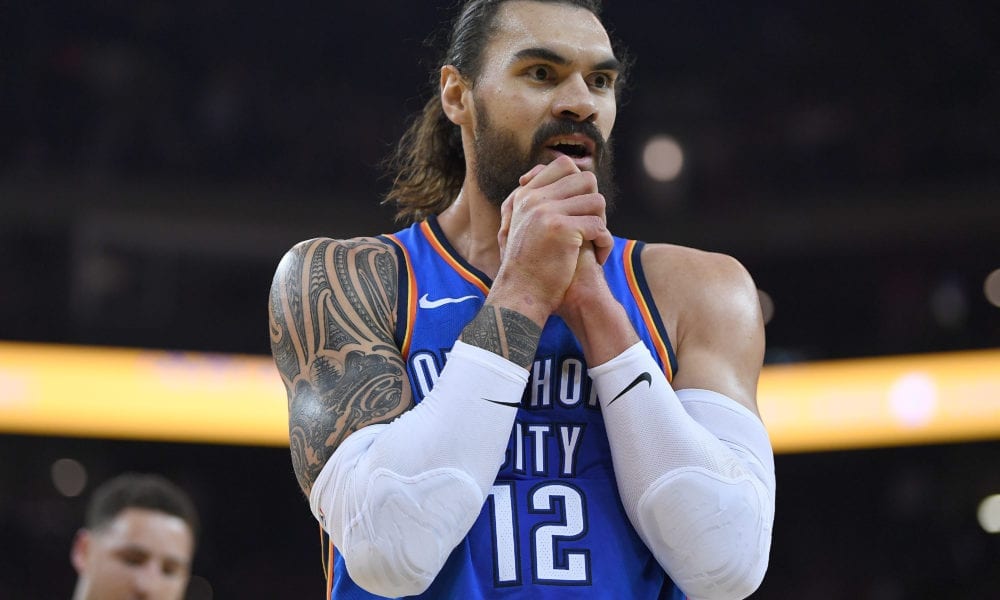 Basketball is a game of inches, and so too is flicking through Instagram apparently.

OKC monstrosity and Game of Thrones extra Steven Adams learnt that the hard way when he liked a post which criticised teammate Carmelo Anthony.

The post featured a photo of Adams, Anthony, Paul George and Russell Westbrook and posed the question, “Who’s more valuable to OKC?”

Welp Steven Adams just made it super clear how he feels about Melo 😳 pic.twitter.com/jqrj6Yr4l9

Adams, a fiercely loyal teammate who seems like the last guy to throw a teammate under the bus, was worried enough to contact Thunder PR from New Zealand.

He told them it was an accident and blamed his “fat fingers” for his fleeting moment of Instagram incompetence.

Anthony had previously voiced his frustrations with his Oklahoma City experience, having made individual sacrifices with little to show for it.

Melo has a $27.9 million player option with the Thunder heading into next season.