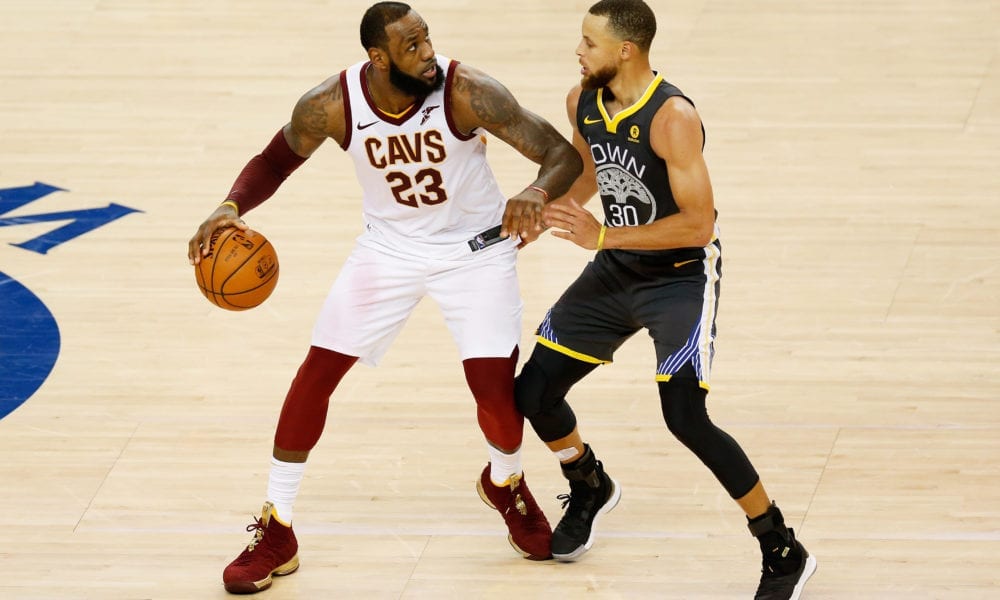 US President and walking spray tan commercial Donald Trump caused his latest sporting uproar when he cancelled the Philadelphia Eagles’ invitation to the White House on Monday.

Philadelphia had earned the invite after winning the Super Bowl in February.

But many Eagles decided they would not go due to Trump’s stance against player protests, prompting the POTUS to rescind the invitation altogether.

Unsurprisingly, LeBron James and Steph Curry had some thoughts on the annual shitshow that has become the annual White House invite (or lack thereof) when they were asked about the whole thing on Tuesday.

LeBron James shares his thoughts on the Philadelphia Eagles being uninvited to the White House.#NBAFinals pic.twitter.com/yeQOwXeMbG

“It’s typical of (Donald Trump),” James told reporters. “I’m not surprised … I know no matter who wins this series, nobody wants the invite (to the White House) anyways, so it won’t be Golden State or Cleveland going.

“We have a lot of freedom in our country and guys, men or female, have the right to do what they want to do in a very respectful manner. I think if (the Eagles) decided they don’t want to go, then they have the right.”

Then there was Curry’s take.

“…I agree with ‘Bron,” he said. “Pretty sure the way we handled things last year kind of stay consistent with that.

“But at the end of the day, like I said, every team has an opportunity to make a decision for themselves and speak for themselves. I think that’s powerful being in this situation.”

Both players have a history with Trump, dating back to this exchange on Twitter.

U bum @StephenCurry30 already said he ain't going! So therefore ain't no invite. Going to White House was a great honor until you showed up!

But perhaps the most powerful words from Tuesday’s media availability were those of Warriors coach Steve Kerr.

“I think the President has made it clear he’s going to try to divide us – all of us – in this country for political gain,” Kerr said. “…I think we all look forward to the day when we can go back to just having a celebration of athletic achievement and celebrate Americans for their achievement, their good deeds.

“The irony is that the Eagles have been nothing but fantastic citizens in their own community. They’ve done so much good. I’ve read a lot about their team. Malcolm Jenkins, Chris Long — these guys are studs. They’re amazing. So it will be nice when we can just get back to normal in three years.”

Safe to say Trump need not bother extending an invitation to winner of these Finals.