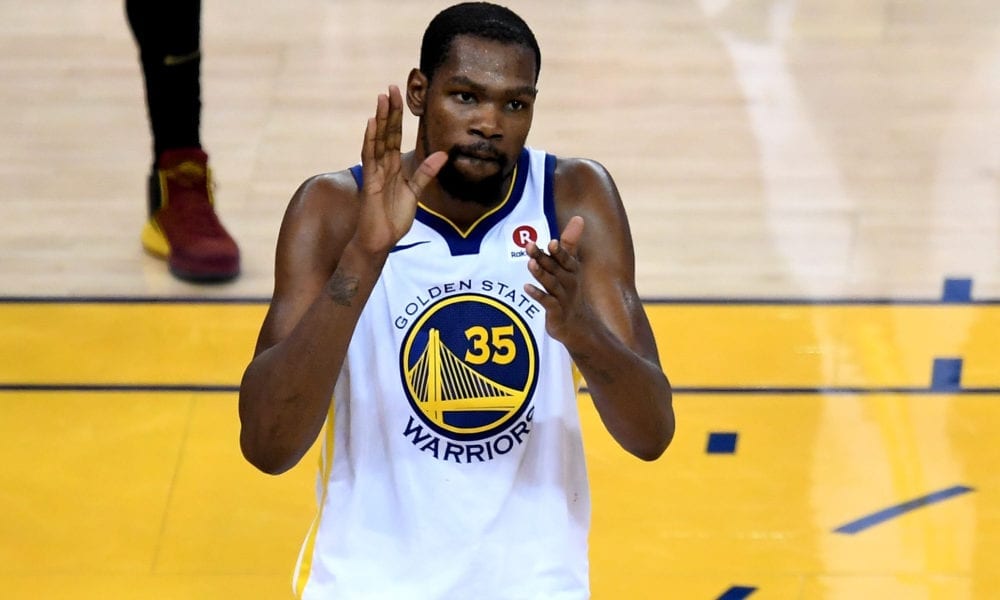 Kevin Durant has said he doesn’t care what other people think more times than anyone could hope to remember.

For someone who isn’t worried about the whole thing, he certainly refers to it a hell of a lot.

And this is before we even get to the burner accounts.

But lately Durant has veered in another direction, and more honest direction.

Speaking to The Athletic’s Tim Kawakami, Durant said his move to Golden State was tied in with a need for validation.

He said Steph Curry, Klay Thompson, Draymond Green and Andre Iguodala all travelling to the Hamptons to recruit him two years ago was “amazing”, indirectly suggesting that moment showed him Golden State would appreciate him and provide that validation he craved.

‘Why do you want me?’ An oral history of Kevin Durant's July 2016 Hamptons meeting with the Warriors, via @timkawakami https://t.co/2trbI3qpp7

“I knew that I was pretty damn good and I knew I worked extremely hard,” Durant said. “But I needed that validation from my peers and teams and GMs, people that are really into the game, to really help me feel good about myself and help me feel confident and let me know that what I was doing was working.

“So when they all came, and they all put stuff to the side to come to the meeting, I was like, man, this is amazing. Best team in the league, some of the best players, most accomplished players want me on their team and want what I do, what I bring to the table. It was pretty cool, you know what I’m saying?”

Maybe we all need a little validation.

And maybe, those who claim they don’t are the ones who crave it most.