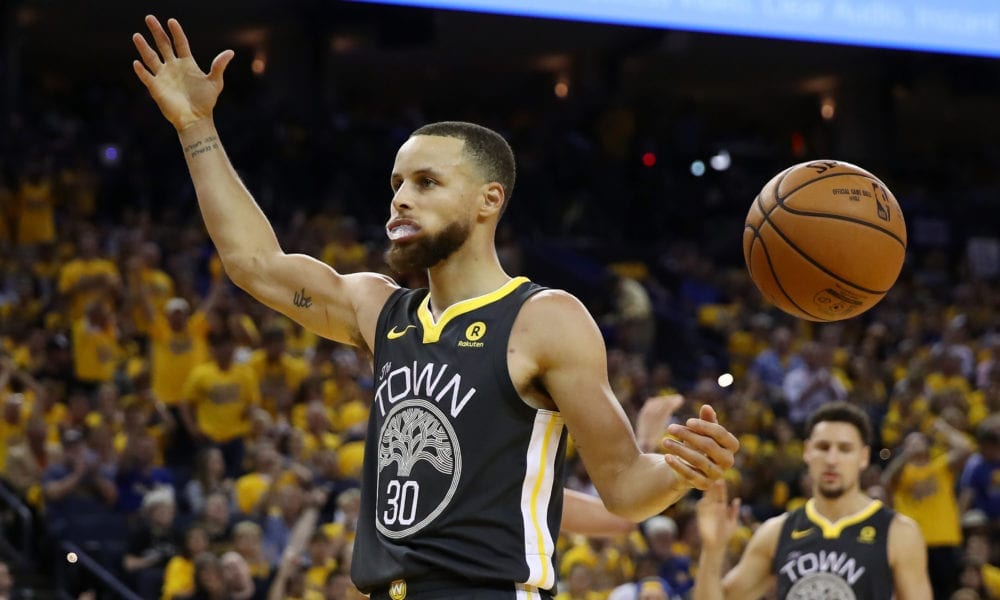 All season long there’s been an undeniable feeling that Golden State have played well below their abilities.

The Dubs were constructed for bigger and better things, and we all figured they’d spring into life once the postseason arrived.

Instead, New Orleans gave them much more trouble in the second round than most anticipated, Houston were up on them 3-2 in the Western Conference Finals and Cleveland came agonisingly close to pinching Game 1 of the Finals.

Despite managing to turn it on when they absolutely had to, it’s hardly been the domination one would expect from a team with four of the league’s top 20 players are two of the top five.

Some of that blame has fallen on Kevin Durant’s shoulders.

Despite being a bona fide superstar and reigning Finals MVP, Durant’s isolation possessions have, at times, played into the hands of opposing defences this season.

Those possessions can of course still be deadly, thanks to KD’s sheer size and skill, but they aren’t as horrifying as an offensive onslaught orchestrated by Steph Curry.

We saw exactly that in Game 2 when Curry took control and dropped an NBA Finals record nine three-pointers during a scintillating 33-point performance.

This season the Warriors are 15-9 when Durant scores 30 or more (playoffs included).

They’re 17-1 when Curry does the same, while scoring 128.6 points per 100 possessions in the Finals when he is on the floor.

All this is in part because Curry’s mere presence warps opposing defences like no one else.

And crucially, when he starts hitting from deep, defences become all the more terrified and the Steph effect becomes accentuated.

When Curry throws his best punch early, it makes it much easier for his teammates thrive as well.

They revel in the chaos Steph creates.

With everything going through the two-time MVP on Sunday and the ball wizzing all over the floor, Cleveland had to worry about all three of Golden State’s offensive superstars at once, not just one at a time.

Steph and KD have more or less shared the offensive load since they joined forces two summers ago, and questions have continued to arise over who’s team this is.

Why get 3 points when you can have 4?

Curry has taken 19.6 field goal attempts so far this postseason, while Durant has 21.2 to his name.

In a reversal of their recent roles, Curry was the wild one and KD slotted into the flow of the offence.

The results were spectacular.

With Steph reinstalled as chief destroyer, it was a return to the Warriors of old, their truest and most deadly identity.