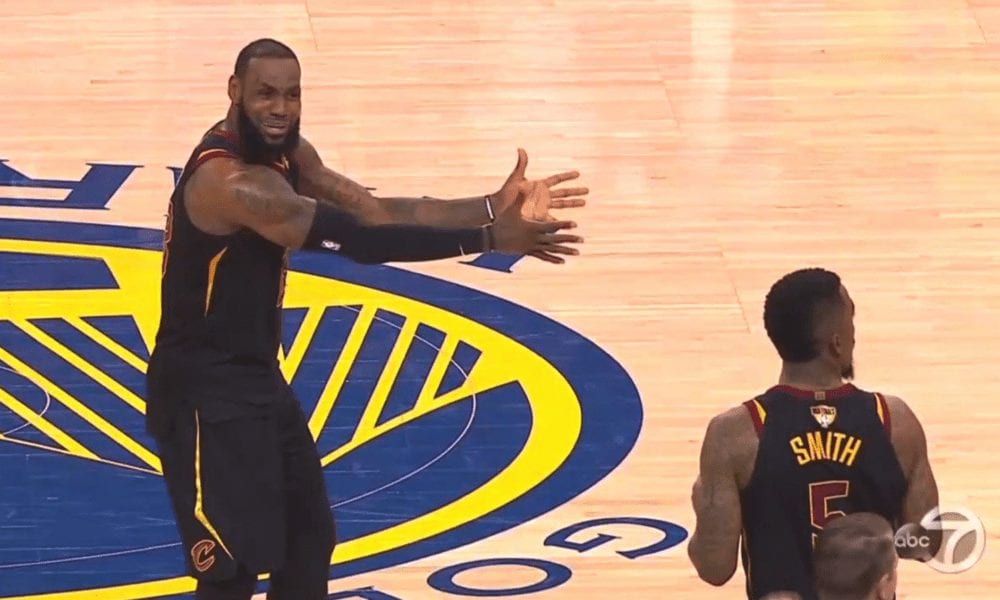 There have been a lot of costly mistakes throughout history.

But JR Smith just came close to making the worst one since Hitler’s dad said to Hitler’s mum, “What do you say we nip upstairs for a minute honey I’m feeling a little frisky tonight”.

The play that decided Game 1. pic.twitter.com/e1UeOv57Rn

It’s still hard to believe (and hard to watch)…JR dribbling out the clock in the dying seconds of Game 1 because he mistakenly thought the Cavs were winning.

Not only did it likely cost the Cavs an all-time victory, it wasted LeBron’s wild 51-point night.

And the internet erupted accordingly:

Jr is on that henny lol pic.twitter.com/0GBhgXjVyt

Damn JR . On another note , bron getting 50 ball

J.R. knew the score he just wanted to shoot a half-court shot