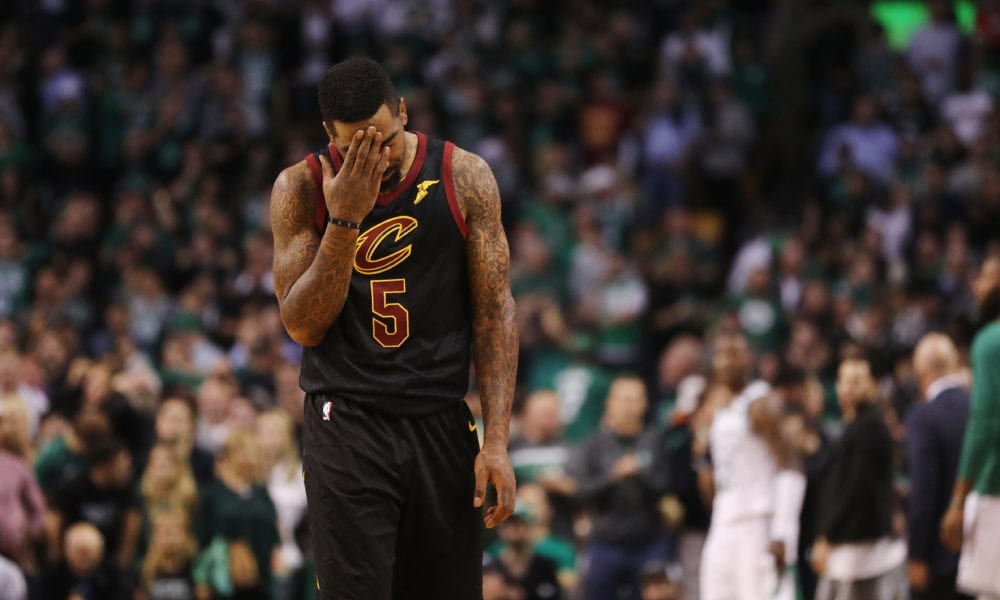 JR Smith reckons he knew the score was tied when he grabbed that now infamous offensive rebound late in Game 1, despite darting away from the hoop the moment he touched the ball.

Speaking to reporters after the game, Smith said he ran back towards half-court because he thought his team was going to call a time-out.

“It was a tie ballgame and we had a timeout,” Smith said. “I tried to get enough space because, obviously, KD was standing right there.

“I tried to get enough space to bring it out to maybe get a shot off. And then I looked over at Bron and he looked like he was trying to call a timeout. So I stopped. And then the game was over.”

JR did not explain, however, why in the heat of the moment he visibly told an enraged LeBron “I thought we were ahead”.

But there’s no explaining JR Smith.