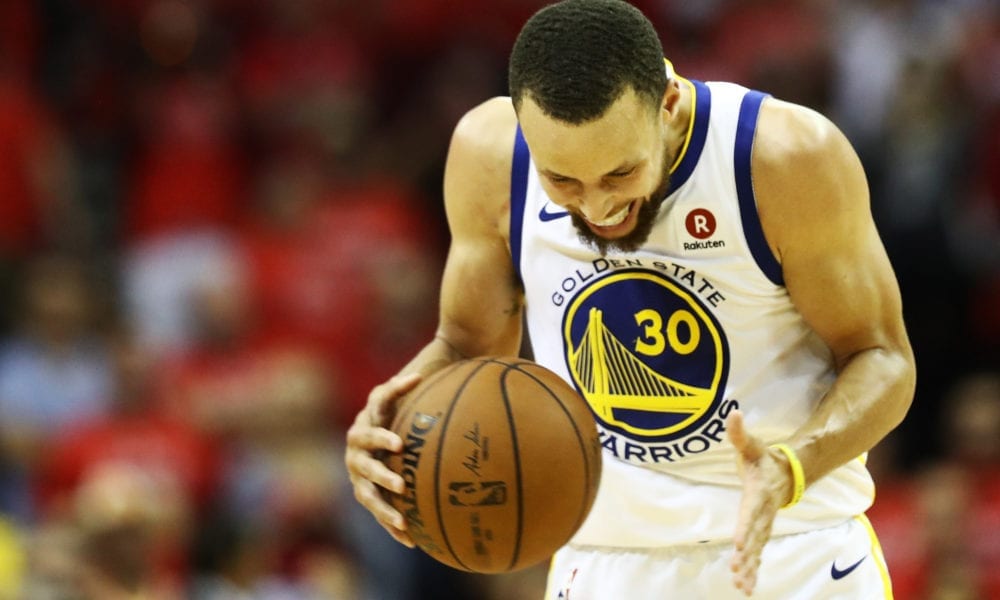 If there’s one knock on Steph Curry, it’s that despite winning two titles and two MVPs, he’s never managed a Finals MVP award.

With Andre Iguodala claiming those honours in 2015 and Kevin Durant stealing the show during last year’s Finals, Curry is well aware of the growing narrative that has emerged as a result.

But he insists he doesn’t care.

“It took to the second question of my first media availability, so I’m pretty sure that narrative’s going to take life, as it has since 2015,” Curry told reporters on Wednesday.

“But it doesn’t make or break my career or whatever you want to say looking back. If we win this championship and I don’t win Finals MVP, I’m going to be smiling just as wide.”

Curry even elaborated on his stance through a thoughtful critique of modern society.

“You’ve always got to look at what you don’t have,” he said. “There’s always that thing about society always looking at can you attain more and more and more.”

And yet Curry must know that the majority of great players who competed for championship-winning teams also won Finals MVP.

Images of great players clutching the Larry O’Brien trophy in one hand and the Finals MVP silverware in the other mark an iconic theme repeated throughout history.

There’s no denying it would be strange if Curry never joined that group.