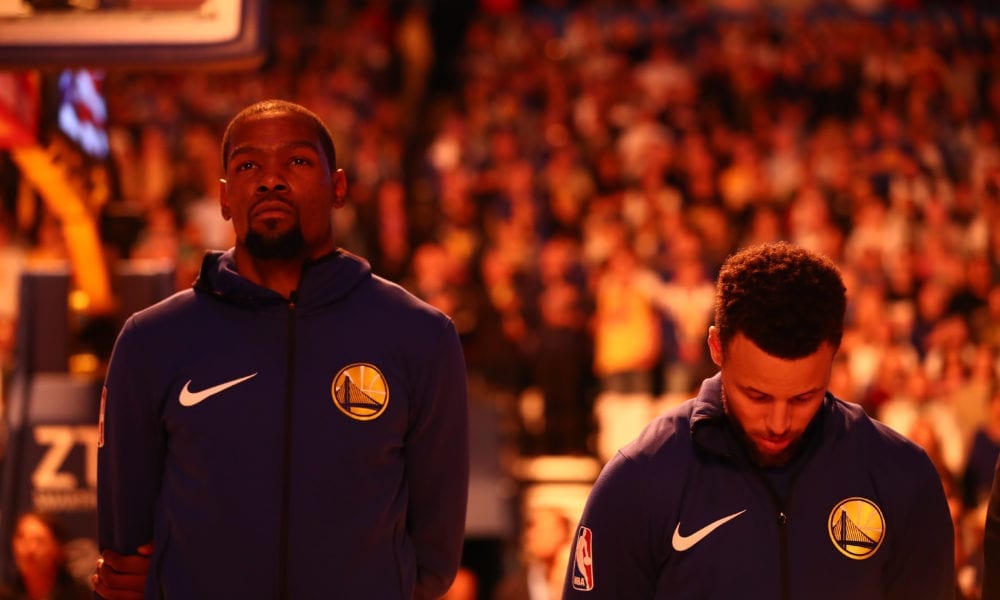 With little doubt in anyone’s mind who will win the Finals this year, perhaps a more compelling question is: Who will win Finals MVP?

It’s a particularly interesting topic given the narrative surrounding Steph Curry and his inability to win the award in three tries so far, and what, if anything, that means for his legacy.

Steph Curry claims he doesn't care about winning his first Finals MVP award. But should he? https://t.co/fyf07TJARR

Despite opening as a +175 co-favourite with Kevin Durant last year, Westgate Las Vegas SuperBook currently has Durant as the favourite at -125.

“Durant is perceived as the No. 1 option and won it last year, so it makes sense for him to be favoured.”

While Westgate has confirmed punters have been loading up on all three of those stars, as well as Klay Thompson, hilarious enough they have also received two bets on Nick Young at 5,000-1.