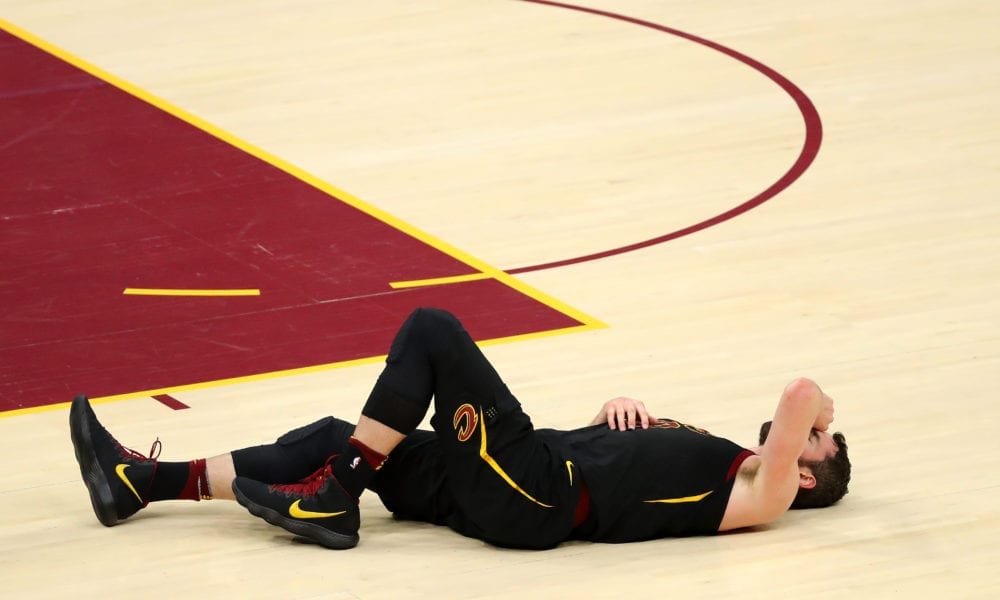 Ahead of their David vs Goliath matchup with Golden State, Cleveland needs a healthy Kevin Love more than Stephen A. Smith needs a chill pill.

But things aren’t looking great ahead of Game 1.

The big man remains under concussion protocol with a little more than 24 hours remaining before Thursday’s opening game.

That’s despite his clash of heads with Jayson Tatum, the cause of all this anguish, occurring almost five days ago.

“As far as being ready for Thursday, we’re not sure,” Tyronn Lue told reporters on Monday.

While Love is still a chance to return for Game 1, no information has been released since Lue made that comment.

Love has something of a history with concussions too, suffering one during the 2016 Finals and another in March.

When you throw in his separated shoulder in 2015 and hand ailment this season, it’s been quite an injury-riddled tenure in Cleveland for the former UCLA Bruin.