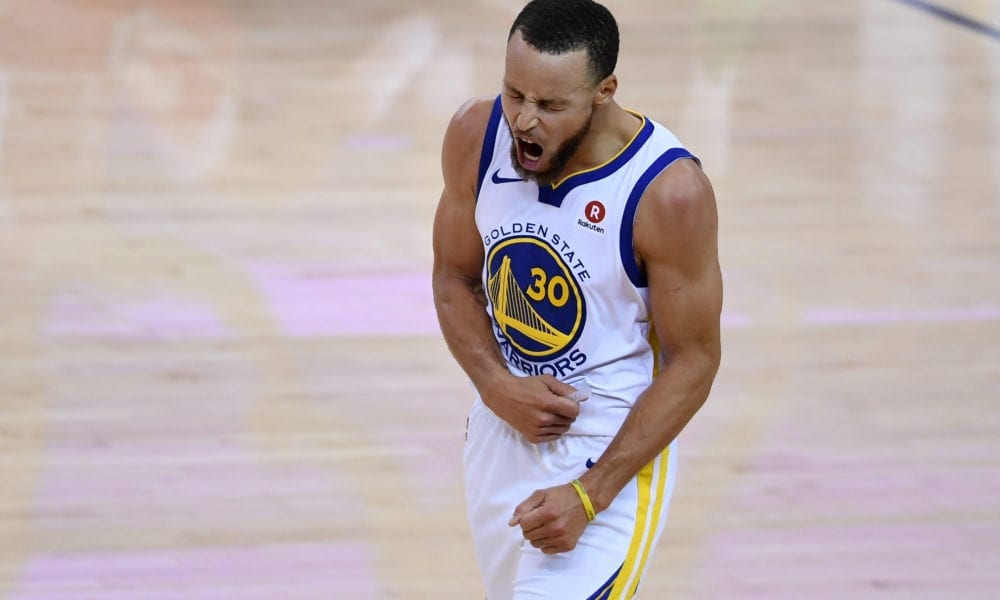 Steph Curry says he is sick of the constant disrespect directed towards LeBron James’ supporting cast.

Speaking ahead of Golden State’s Game 7 clash with Houston on Monday, Curry said the Cavs were more than just a one-man team.

“I hate when people say that,” Curry said. “Like it’s — they’re NBA players, and yeah they’re new and what-not and ‘Bron is amazing…”

“As a basketball fan, to turn on the TV last night and watch the game and there were points in the game where you didn’t know how it was going to play out and they found a way to get it done, so shout-out to him. It was an amazing performance, but don’t disrespect the other guys out there. They fought hard too.”

It’s hard to argue with Curry that LeBron’s teammates are infact NBA players (well, maybe expect for this guy).

But the numbers show this year has presented LeBron with his worst Finals supporting cast ever.

That’s just a fact, and one that was broken down is great detail by FiveThirtyEight’s Neil Paine moments ago.

The Cavs had a 2.9 net rating with James on the floor through the first three rounds, and their rating dropped to -8.8 when he sat.

As a result, LeBron has barely been able to rest, and he did not sit at all during Cleveland’s Game 7 win over Boston on Sunday.

It was a similar story when he played 45 minutes as the Cavs squeezed past Indiana in Game 7 in the first round.

LeBron simply does not have much help at all, and it will be an even bleaker picture if Kevin Love misses time, or isn’t himself, in the Finals.

But Curry remains determined to paint a different picture, perhaps because he doesn’t want a potential title-clinching win over the Cavs to be in any way discredited.