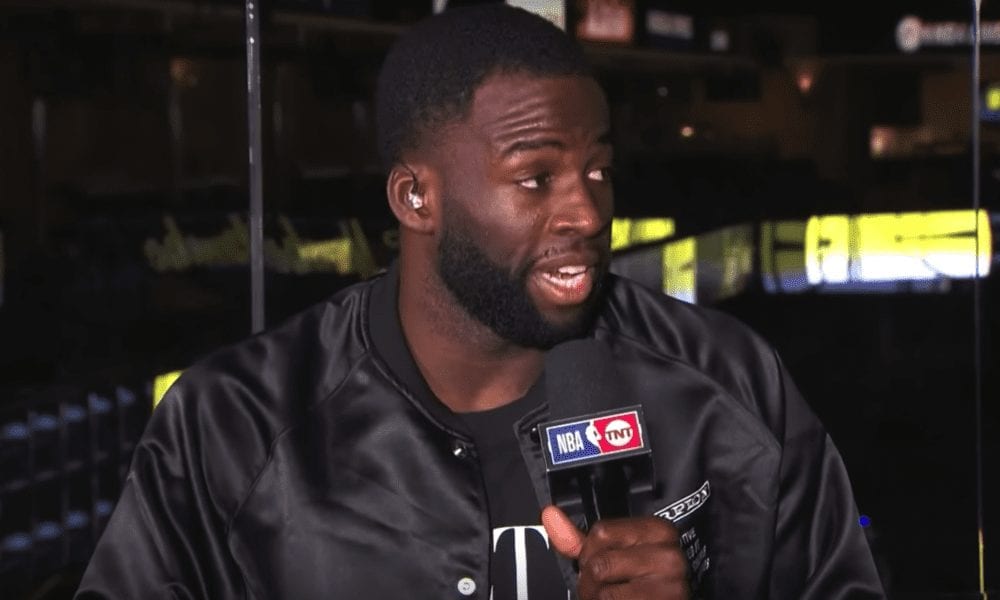 Charles Barkley has a lifetime of experience in making bold statements and last month declared he’d like to punch Draymond Green in the face.

He wasn’t the first person to fantasise about such things, but his comments were widely criticised for being inappropriate.

Skip ahead to the present and Barkley and Green finally came face-to-face on Inside the NBA following Game 6.

Unsurprisingly, neither had their gloves drawn.

“I have no problem with the way he plays. I just said sometimes when he starts yelling and screaming, or he doesn’t admit he committed a foul, it drives me nuts. … I’ve said that he would be a perfect guy to play with, but he would be annoying to play against.”

Green had previously challenged Barkley to act on his threat, but he was all smiles when it came time to return serve.

“To be honest with you, I don’t think any of us in the NBA has committed a foul,” Green said.

“No one likes when the referees call a foul on them, but I can get bad with (arguing with the officials) at times. My mom always reminds me of it. My grandmother will say it. My uncle is really hard on me about it, so you know that could — I could understand that. Nonetheless, there’s much respect (for Barkley) from my way.”

Green then elaborated on coming face-to-face with Barkley in an interview with USA Today’s Sam Amick.

"Much respect from my way." 🤝 pic.twitter.com/VQRoH23szV

“I understand that. I’ve got a job to do. Kenny kind of broke the ice. Like I’ve always said, I’ve got respect for (Barkley). He’s great at what he does. His job is to analyse what I do, analyse my job, and I understand that it is what it is.”

It’s worth nothing that Chuck apologised to Draymond days before the show, which undoubtedly helped to smooth things over.

Ultimately, his disagreement with Green replicated almost every modern NBA shouting match, where guys clash in the heat of the moment only to laugh and hug it out moments later.