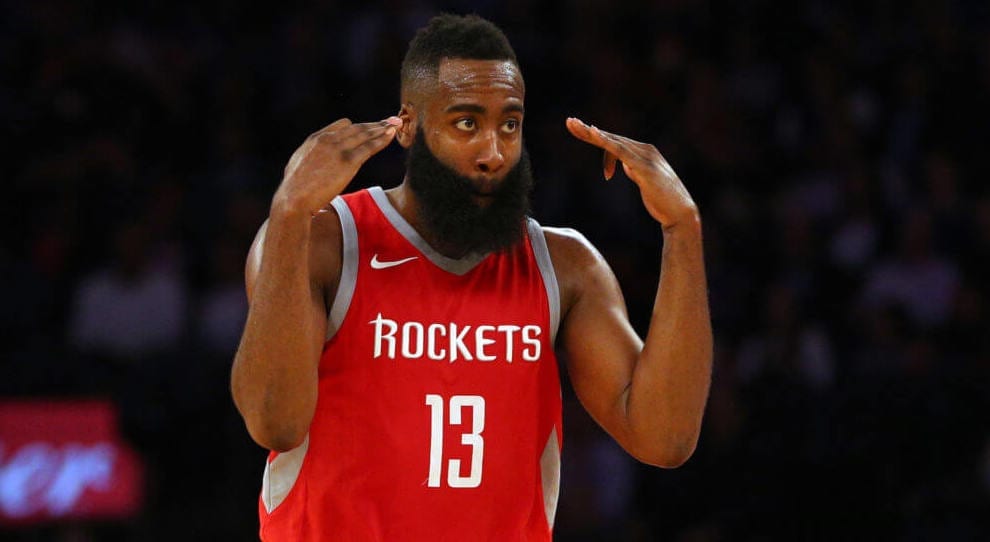 Following Game 6 of his ongoing war with the Golden State Warriors, James Harden’s calm and cool demeanour had not changed.

That was despite losing 115-86, on a night Steph Curry and Klay Thompson were so deadly they outscored Houston in the second-half by themselves.

But it’s been a series full of lopsided results, and the Rockets have endured worse.

They lost Game 3 by 41 points before bouncing back to win the next one at Oracle.

Perhaps that was why Harden appeared almost unnervingly calm after his team was picked up by the scruff of the neck and held to a blowtorch.

“It’s an opportunity, though, an opportunity that we all are excited to be a part of. Game 7 at our house. That’s what we worked the entire regular season for, is home court advantage. We’re going to come out and we’re going to be ready.”

“…Nothing changes for us. We know what we have to do. … We’re still confident. We’re a confident group, and we’ve just got one chance.”

But while it was Harden providing most of the quotes on Saturday night, the attention has now well and truly turned to Chris Paul ahead of the decider.

While the best two words in sports are ‘Game 7′, arguably the worst is ‘injuries’.

And combining the two is something no one ever wants to see…but someone should’ve told CP3’s hamstring.

Paul has been undergoing treatment “around the clock” according to Mike D’Antoni, and will play “as soon as he can”.

According to Adrian Wojnarowski’s sources, Paul returning for Game 7 is “less likely than likely” but the team was “working every angle to try”.