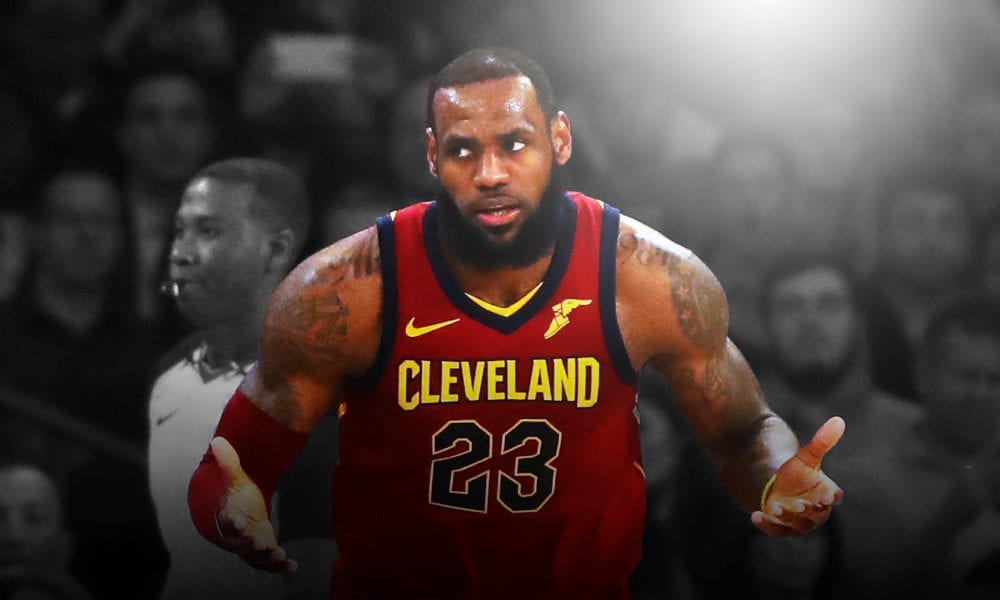 It was the first time this postseason James had showed anything more than a fleeting sign of fatigue.

He still finished with 26 points, 10 rebounds and five assists…although LeBron did shoot 1-6 from downtown and that could well have been a sign he didn’t have his legs under him.

But while LeBron’s statistical output didn’t take much of a hit, it was his body language which told the story.

LeBron is exhausted carrying this team on his back! (@bounce)

“I had my moments,” James told reporters postgame when asked if he was tired. “I think everybody at this point is tired or worn down.”

But he was dismissive of the topic moments later.

As someone who prides himself on being indestructible, it makes sense that LeBron didn’t want to get into it.

Cavs coach Tyronn Lue knew exactly what was going on and ensured James got extra rest throughout the night, notably at the end of the second quarter.

But LeBron always seems to bounce back from these moments – much like he did to begin round two after cramping up – and Lue doesn’t think this time will be any different.

The Cavs better hope history repeats itself once again, and LeBron fights through it using that superhuman strength only he possesses.

Because his team is down 3-2 with their backs against the wall, and Cleveland will inevitably be conquered without a healthy king.