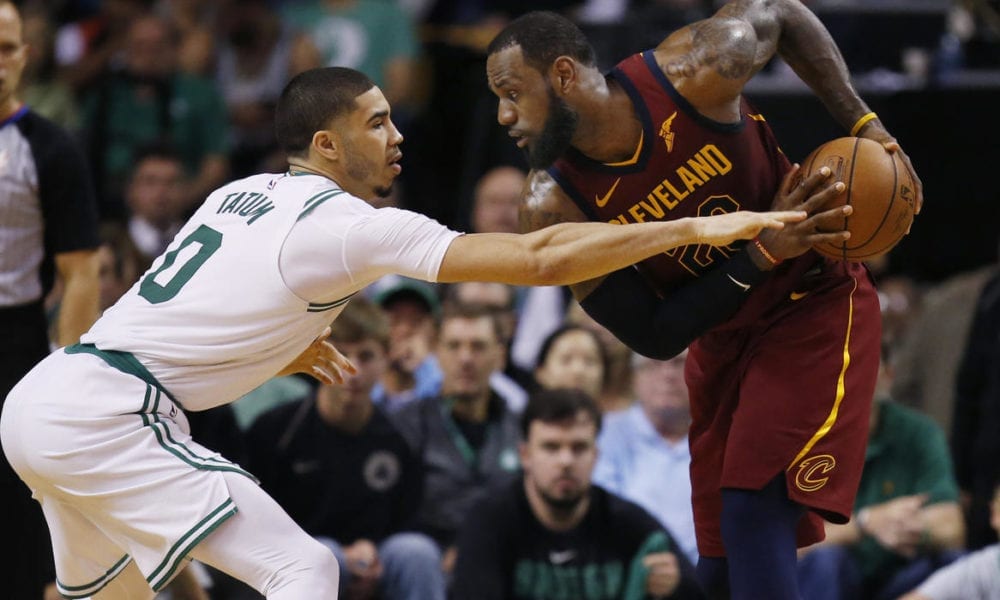 Not long ago, LeBron James was taking photo and retweet requests from a 14-year-old Jayson Tatum.

Just six years later LeBron is showering Tatum in praise as the young Celtic puts together one of the most impressive rookie playoff performances in recent history.

@KingJames Follow back it's Larry Hughes nephew from st. Louis and Abe and Rj Lil cousin and Justin Son Follow Back pic.twitter.com/AnOnb7E8

Speaking during shootaround on Wednesday, James said Tatum was on track to become one of the NBA’s greats.

“I think his composure [is impressive], he plays above his age,” LeBron said. “I think the unfortunate events of injuries that they’ve had has allowed him to, I believe, get better faster than even they’ve expected here. “

“Because it’s given him an opportunity to fail plays or make mistakes and be able to learn from them and still be on the floor. His talent, his composure, where he comes from has allowed him to be successful. He’s a very, very, very good player already, and he definitely at this pace can become a great player.”

But you know what the real takeaway from all this is?

Not to be nice, but because you never know when they could end up giving you the business in the league.