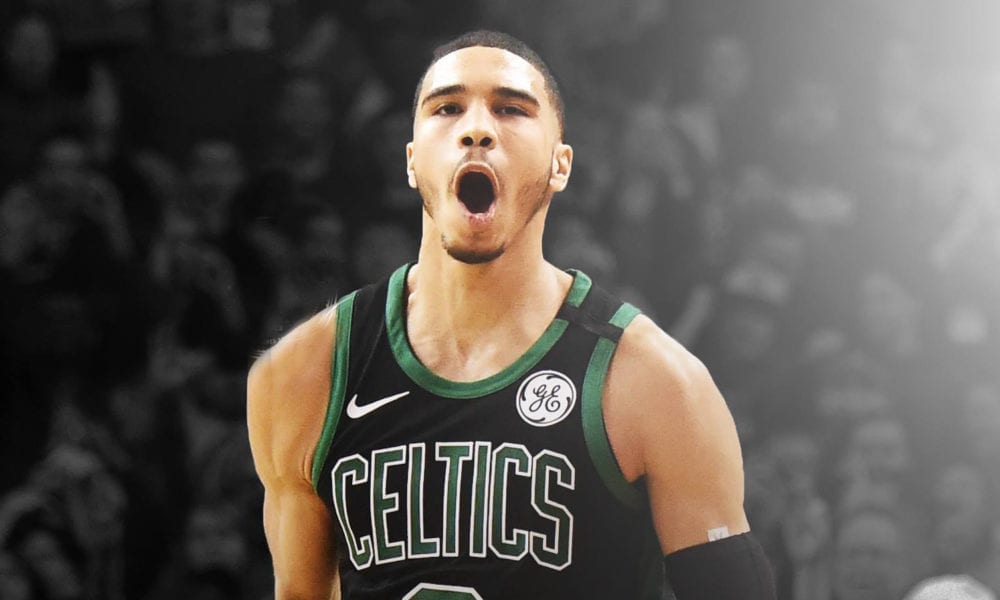 When Jayson Tatum ran face-first into the rookie wall a few months ago, many wondered whether we’d seen the best of him, at least for this season.

After all, that’s exactly what rookies are meant to do: hit the wall.

Year one is usually about merely making a start.

Even for the best rookies, the meaningful improvement which translates into 20-point averages and postseason success is supposed to come later.

But Tatum cares little for convention.

On Wednesday night, Tatum took to the floor for a pivotal Game 5 Eastern Conference Final against the resurgent Cleveland Cavaliers.

And with the Cavs winning the past two games, the pressure was well and truly on the Celtics.

They simply had to win.

It was the biggest game of Tatum’s career, and despite not being old enough to enter any bar in America, he rose to the occasion likely few rookies have ever been able to do.

The former Blue Devil finished with 24 points, 7 rebounds and 4 assists, while taking it right to childhood idol LeBron James on more than one occasion.

Better still, there were moments where it seemed Tatum could do whatever he wanted offensively.

He expertly created space for deep and mid-range jumpers, gave Cleveland fits in the half-court like no other Celtic could and got to the basket whenever he put his mind to it.

Tatum’s efforts were all the more valuable with Terry Rozier going 3-15 from the field (it’s amazing how much we expect from Rozier now).

But it wasn’t just his offensive exploits which had the Boston faithful in raptures, also picking up four crucial steals and hounding the Cavs like his life depended on it.

He was highly active off the ball and wreaked havoc in the passing lanes, his stops also allowing Boston to get out in transition, particularly in the first-half.

As a result, the Celtics were able to get good shots against a scrambling Cavs defence – is there any other kind of Cavs defence? – hitting at almost 50 percent (6-13) in the first-half.

But here’s the thing: rookies just aren’t mean to be able to have this kind of impact, especially in the playoffs.

And you saw just how big Tatum’s impact had been all postseason when he passed Magic Johnson and Wilt Chamberlain in playoff rookie scoring during Wednesday’s game, now sitting fourth all-time.

Jayson Tatum passed Magic and Wilt tonight, and now has the 4th-most points by a rookie in NBA playoff history. pic.twitter.com/ipj3vwKixa

For Tatum, it was a deserving reward for a remarkable postseason.

And if he continues his current trajectory, his next reward will be the NBA Finals.