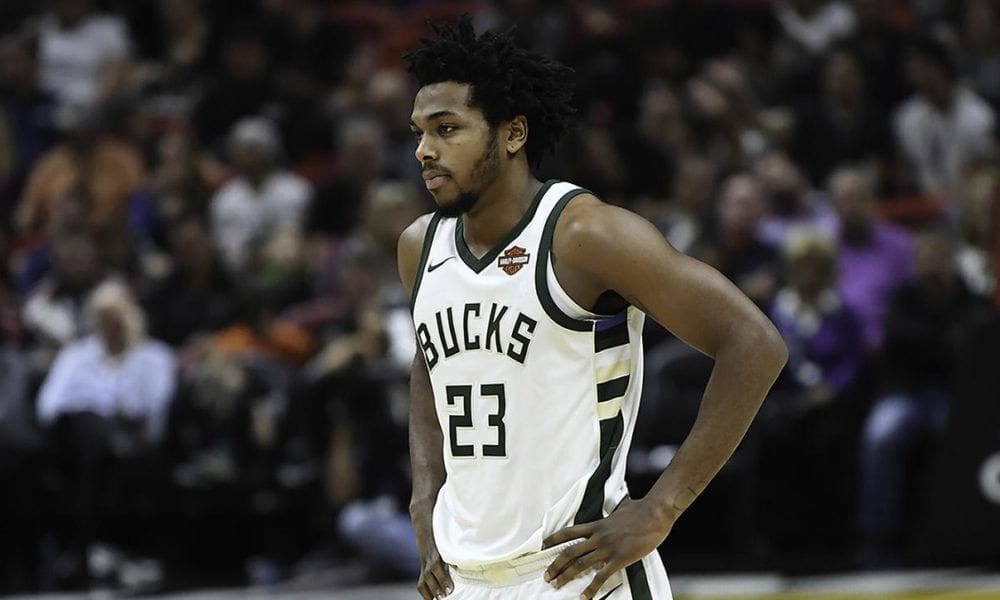 In January, Bucks rookie Sterling Brown was tasered by a police officer over a parking violation at a Milwaukee Walgreens.

At least six cops surrounded him at one point, and with no sign of aggression from Brown, they pushed him to the ground before using a stun gun on him.

WHAT HAPPENED TO THE COPS IN QUESTION?

He said he was ““sorry this incident escalated to this level” and that the officers “acted inappropriately”.

His statement came as the department prepared to release body-camera footage of the arrest.

While Brown was initially arrested for resisting or obstructing an officer, he was not charged with anything following a review of the body camera footage.

WHAT WAS BROWN’S RESPONSE?

Brown released a statement through the Bucks on Wednesday.

Here are some key snippets.

My experience in January with the Milwaukee Police Department was wrong and shouldn’t happen to anybody. What should have been a simple parking ticket turned into an attempt at police intimidation, followed by the unlawful use of physical force, including being handcuffed and tased, and then unlawfully booked.

This experience with the Milwaukee Police Department has forced me to stand up and tell my story so that I can help prevent these injustices from happening in the future. Situations like mine and worse happen every day in the black community.

The common denominator in all of these situations has been racism towards the minority community, the abuse of power, and the lack of accountability for officers involved.

WHO ELSE HAS SPOKEN OUT?

Milwaukee Mayor Tom Barrett held a press conference on Wednesday to address the incident and was quick to condemn the officers’ behaviour.

“As a human being, I am offended by what I saw on the video,” Barrett said. “As Mayor, I am committed to improving police-community relations. Mr Brown deserves an apology and I’m very sorry the Milwaukee Police treated him in the fashion he was treated in.”

Here is the beginning:

The abuse and intimidation that Sterling experienced at the hands of Milwaukee Police was shameful and inexcusable. Sterling has our full support as he shares his story and takes action to provide accountability. Unfortunately, this isn’t an isolated case. It shouldn’t require an incident involving a professional athlete to draw attention to the fact that vulnerable people in our communities have experienced similar, and even worse, treatment.

The Bucks’ full statement can be read here.

As Brown outlined in his statement, he will be taking “legal action against the Milwaukee Police Department” in an effort to “continue forcing change in our community”.

If you ask me, that is the only kind of force we should be seeing going forward.