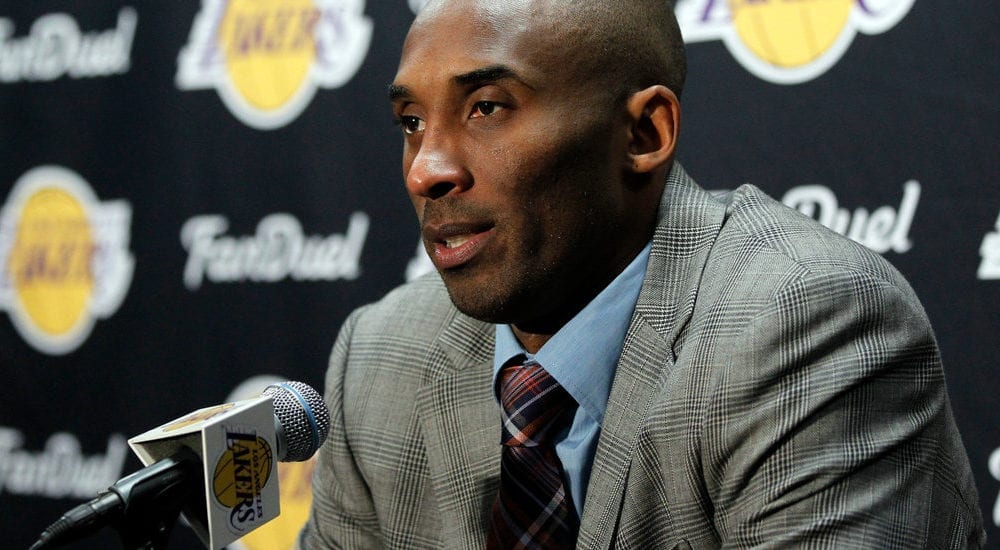 When Kobe Bryant and Kanye West shared the spotlight in the same commercial six years ago, their on-screen characters did not see eye-to-eye.

And with Kanye acquiring a taste for the Donald Trump Kool-Aid since then, it’s safe to say their disagreements have now extended to real life.

According to TMZ Sports, Bryant was asked about Kanye’s political commentary – which included calling slavery a choice –  during an event called We Rise LA this week.

He didn’t hold back.

“I’m sure the same way everyone else here in this room [feels]… the hell are you talking about?” he said.

“The thing about our country is that you have the right to say whatever it is that you want to say.

“Conversely, you also have to take the responses that come after that as well because everybody has the freedom to say what it is that they feel… I just take it for what it is and completely disagree.”

Kobe was hardly the first big name to shoot down Kanye’s comments, with Stevie Wonder among the prominent figures who’ve done the same.