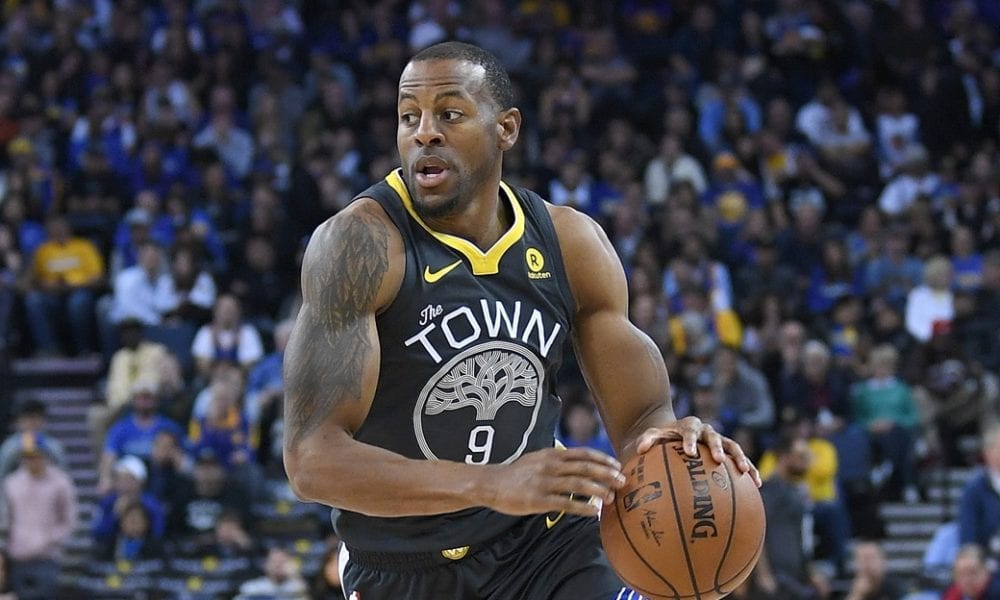 The Hamptons Five could soon be reduced to four, albeit temporarily, with Andre Iguodala experiencing knee soreness after clashing with James Harden during Game 3 on Sunday.

Iguodala is now doubtful for Game 4, according to The Athletic’s Anthony Slater.

The bad news for the Warriors is they are 13.6 points per 100 possessions better when Iguodala is on the floor.

The good news is they are 12.6 points per 100 possessions better when Kevon Looney – the man likely to replace Iggy – is on the floor.

While the in-form Looney should be able to fill in suitably, the real impact of Iggy’s injury will be felt further down the Warriors’ bench.

We could soon be treated to a whole lot more Nick Young. Or Quinn Cooke. Or David West. Or some glorious combination of all three.

If this was the pre-Durant Warriors, handing those guys Iggy’s minutes could be series-altering.

Especially against a team specifically constructed to beat them.

They’d be swapping an elite defender with an assortment of players who couldn’t even dream of replicating that production.

But sadly, these are not the pre-Durant Warriors, and Iggy’s absence is unlikely to be the difference maker.

Think about that for a second.

The Warriors are so good they can lose their 2015 Finals MVP and it still doesn’t matter.

Houston will tell themselves they at least have more hope today than they did before Iggy’s injury, and that Golden State traditionally slacks off after a big win.

But even still, it just won’t be enough.

Against these Warriors, it never is.