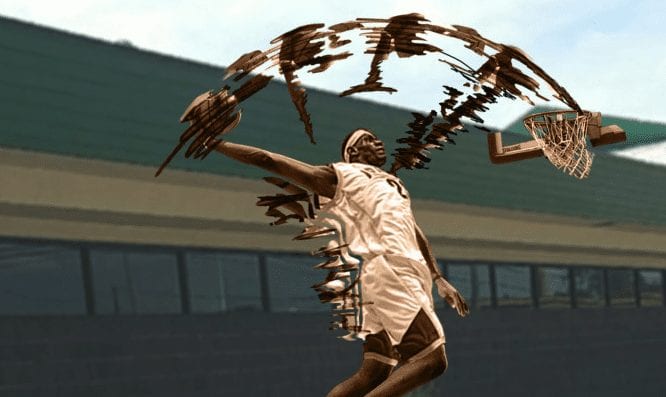 Few things represent sporting greatness like a statue, and a determined Ohio local is pushing to have one of LeBron James’ likeness erected in Akron.

The man behind it all is St. Vincent/St. Mary High School alumnus and state championship high school player Aaron Carey, according the Akron Beacon Journal.

Carey, whose brother played AAU basketball with James, has launched a GoFundMe account with the goal of raising $1 million to make the project a reality.

The news has since reached LeBron himself.

“First of all, thank you,” James said on Monday. “It would be cool, not only for myself, but for my family and all the people that had anything to do with this journey thus far. I’m appreciative even of the thought.”

LeBron was then asked by a reporter which pose he would prefer for the statue.

“I mean, I don’t know,” James said. “I don’t have a particular pose in mind. Like I said, I think it’s the thought that counts. It’s pretty cool.”

Meanwhile, Carey has reached out to sculptor Omri Amrany, a man with an impressive track record when it comes to these kinds of projects.

Amrany co-designed and built the iconic Michael Jordan statue in Chicago, as well as several which embody various Lakers greats outside Staples Center.

But this would mark the first time he’d embarked on creating a player’s statue while they were still playing.

According to the Akron Beacon Journal, numerous locations are on the table, including outside St. Vincent/St. Mary High School and outside LeBron’s I Promise School.