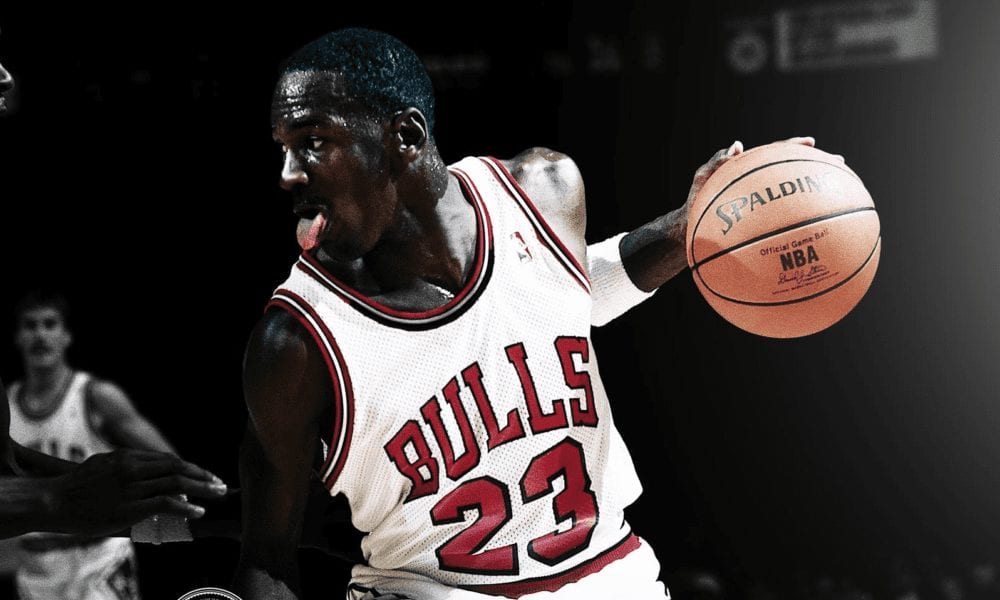 Just about every aspect of Michael Jordan’s story has been told time and time again.

His career is among the most thoroughly documented in all of sports.

But there’s one particularly tasty tidbit which is rarely mentioned, and that’s Jordan’s sudden obsession with stats early in his career, as originally reported by the LA Times’ Sam McManis (h/t redditor ohohlook).

It came when Jordan dabbled with the Bulls’ point guard duties for a month or so early in his career.

He soon found himself checking the scoresheet more frequently than a sexually frustrated teenager checks Tinder.

Among other things, MJ wanted to know how close he was to a triple-double at all times.

“The guys at the scorer’s desk let me know what I need,” Jordan said, according to the LA Times.

The Bulls’ assistant coaches also helped wherever they could.

“They keep reminding me when I get back to the huddle,” Jordan said. “They say, ‘You need three more of this. You need four more of that.’”

It was all in an effort to establish the statistical backing he thought his MVP campaign needed.

“If the way I’m playing now doesn’t convince them I’m a complete player, then I guess nothing will,” Jordan said.

This sort of behaviour is now commonplace in the modern NBA.

LeBron James and Kevin Durant are among those constantly aware of every available piece of statistical information.

They always know which milestones and records are on the line and act accordingly.

And while it’s always been easy to declare stat padding is a relatively new phenomenon exacerbated by the AAU system, it’s clearly a much, much older art form.